Arrests made in Lake Charles homicide 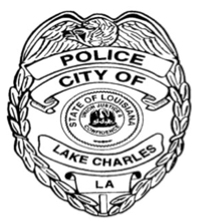 The Lake Charles Police Department has arrested the following from the homicide that occurred on Wednesday night, October 21st:

On Monday, October 26th, 2020, members of the Lake Charles Police Department’s SWAT team arrested a 16 year old juvenile and charged the juvenile with 1 count of 1st degree murder, 3 counts of attempted 2nd degree murder, 1 count of possession of a firearm by a juvenile, and illegal use of dangerous instrumentalities.  The juvenile was transported to the Juvenile Detention Center.

On Tuesday, October 27th, 2020, Sgt. Kevin Hoover and Sgt. Dustin Fontenot arrested Jatylan Jones, 18, of Lake Charles and charged him with 3 counts of contributing to the delinquency of juveniles with violence.  Judge David Ritchie set Jones’ bond at $75K.

This investigation is ongoing and additional arrests are imminent.

The victim from Wednesday night’s homicide has been identified as Jacquez Jones, 16 years old, of Lake Charles.  This investigation in ongoing and as additional information becomes available, it will be forwarded to the media.

On Wednesday, October 21st, 2020 at 11:02 PM, the Lake Charles Police Department responded to a 911 call of a shooting in the area of Anita Drive and 6th Street.  Upon arrival, Officers discovered one deceased victim as a result of being shot.

As additional information becomes available, it will be shared with the media.

Anyone with information about this offense is encouraged to contact the Lake Charles Police Department at 337.491.1311 and ask for Sgt. Hoover or email Sgt. Hoover at kghoover@cityofLC.us.