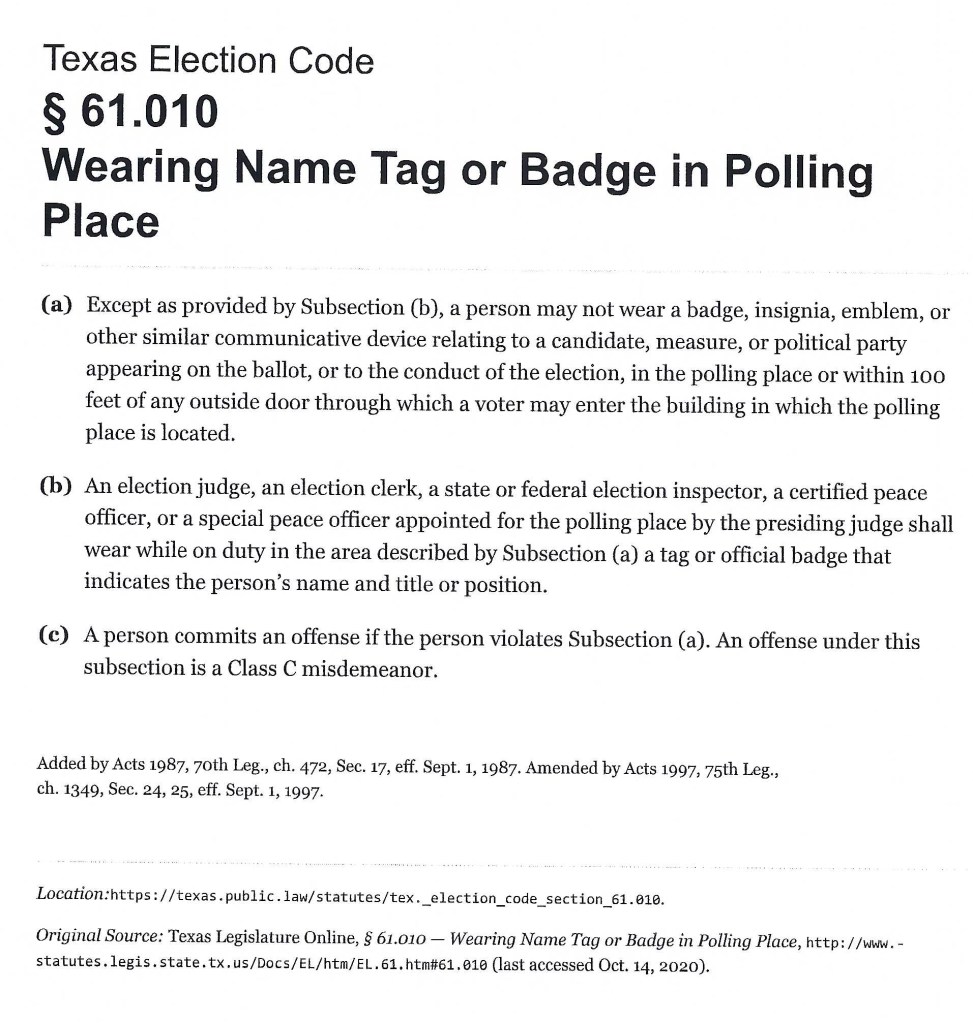 Section 61.010 of the Texas Election Code entitled “Wearing Name Tag or Badge in a Polling Place” reads as follows:

“… a person may not wear a badge, insignia, emblem, or other similar communicative device relating to a candidate, measure, or political party appearing on the ballot, or to the conduct of the election, in the polling place or within 100 feet of any outside door through which a voter may enter the building in which the polling place is located. A person commits an offense if the person violates Section A. An offense under this subsection is a Class C misdemeanor.”

Early voting is now under way in Orange County in four different places, and numerous people have been observed violating this provision of the Election Code. Most, after being warned by the election judge, remove the illegal material or turn their t-shirt inside out so they can vote. However, a few people refuse to abide by the law, make a scene, and insist on voting anyway. In order to prevent confrontation, some election judges have allowed them to do so.

As Chairman of the Orange County Democratic Party, I want to make a clear statement that cannot be misunderstood. Violating this section of the Election Code is a crime. It is not a rule. It is a criminal law that carries with it a maximum $500 fine and the consequences of a criminal conviction record. This is a very serious matter, and it should not be ignored after a warning. I have instructed Democratic Party poll watchers not to get personally involved in these situations, but to rather obtain the name of the offender so that charges can be filed in the appropriate Justice of the Peace Court. Our elections are a very precious right enjoyed by all American citizens. It is just common sense to recognize that the law is there for a purpose – to keep our elections free from intimidating and coercive conduct.