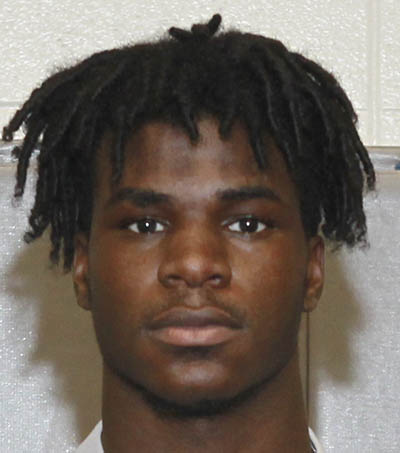 LIBERTY – The West Orange-Stark Mustangs beat the Liberty Panthers 27-7 at Liberty Friday night to stay perfect on the season and in District 11-4A Division II play.

Jayson Zeigler Jr. would lead the Mustangs on the ground with 66 yards on nine carries for the night with his longest being a 22 yard run to setup a touchdown. Gales would follow close behind with 62 yards on 14 carries, his longest going for 18 yards.

In the air Jerren Terrell struggled, throwing three interceptions to the Panthers. He entered the game without throwing an interception all season in what has been a solid campaign.

The Mustangs were held to a season-low 212 total yards were able to play around that and come out with the win thanks to their tough defense.

The defense for the Mustangs only gave up 49 yards in the air and 72 on the ground against the Panthers, holding them to 121 total yards, shutting down just about anything they tried to create offensively. The Mustangs haven’t had to worry about their defense much this season, and hope to keep it that way.

The Mustangs took the first touchdown in this matchup, after both teams failed to find the end zone in their first drives. The run game would do the trick on the first scoring drive with Gales getting a big 18-yard run to set up Jamaal Shaw for a 35- yard run up the middle for a touchdown. Shaw had 55 yards on four carries. The drive was quick and efficient. The Mustangs PAT got blocked, so they led 6-0 with six minutes left in the first quarter.

The Panthers fought back to answer the Mustangs first quarter score with one of their own in the second. Terrick Peterson got the bulk of the carries on the drive to get it started, churning for four or five yards a carry. Quarterback Kaden Nolan would step in and throw one over the head of the Mustangs to Devin Fregia for a long 31-yard pass and first down. Peterson would get a few more carries and put the Panthers inside the Mustang 3. Nolan would pitch it to Austin Walker on the outside and he would find the end zone. After the PAT the Panthers took a lead, 7-6, with 7 minutes left in the half.

Nolan completed 6-of-14 passes for 49 yards on the night while Peterson rushed for 48 yards on 15 carries.

The Mustangs would take back the lead on the ensuing kickoff thanks to Artavious Samuel. Samuel would run for 86 yards and a touchdown to take the lead back. After the PAT the Mustangs led 13-6 in the second quarter.

Late into the fourth quarter, the Mustangs would put a bow on the game with another touchdown, thanks to the ground game. Jayson Zeigler Jr. would got the majority of the carries on the march, including a 22-yard run to set up his one-yard touchdown. After the PAT the Mustangs took a 27-7 lead over the Panthers.