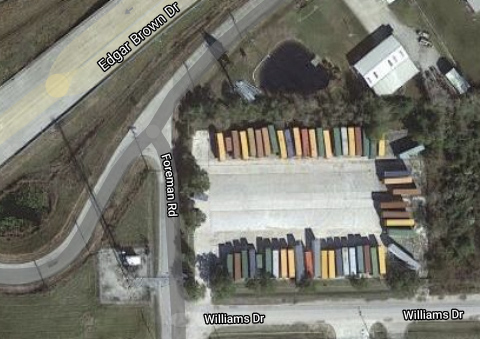 Photo courtesy of Google Maps A lot currently used to store trailers for 18-wheelers, was considered for an ordinance variance at the West Orange City Council meeting on Monday.

Following Robert’s Rules of Order for a meeting was blamed for being a way to oppress the voice of others during the West Orange City Council meeting on Monday.

While the council was discussing a possible variance to Ordinance number 358, #6 and #7 of the regulations section, a call for a vote was made to agree to the variances or deny.

“That is a way to suppress the people,” Council member Mike Shugart, Sr. said. “Make us stop discussing and vote on it.”

“It is Robert’s Rules of Order,” Mayor Roy McDonald said.

The property in question is approximately three acres located at the corner of Williams and Foreman Road in West Orange.

Number 6 of the ordinance states all recreational vehicle parks shall have an on site office with staff on duty for at least eight hours a day on week days and available on weekends.

“We manage form an office on Dal Sasso Drive,” Austin Mellon said. “Other than checking RV’s in and out, there is nothing a manager could do for eight hours a day.”

Mellon added the site would have security and the main office is nearby.

Council member Dale Dardeau said he was against the variances.

“It would open Pandora’s Box,” Dardeau said. “If someone else asked for the same variance we would be obligated to give it.”

City attorney Rex Peveto said it could set a precedent.

“What if we take it on a case by case basis?” Shugart asked.

Number 7 of the ordinance states all recreational vehicle parks shall have both a men’s and women’s communal restroom with showers.

Mellon said in the lease agreement it would require the RV’s to have a functional shower.

“You could give the variance provided it is required by lease,” Peveto said.

Council member Randy Branch was concerned with security without a manager on site.

“This would be good for a retired person to supplement their income,” Branch said. “You could charge an extra $100 a month for it.”

Branch also added he was leaning towards the ordinance as it was because “It was written for some reason.”

Councilmember Brent Dearing asked about an office at a trailer park located in West Orange.

“Irving Street has an office falling down,” Dearing said. “I would rather see it cleaned up. If showers were built on site, they would most likely have to be handicap accessible when they are is a house on wheels.”

Dardeau said without the ordinances, the city would be left wide open.

“We want things done right and up to date with good facility,” Branch said.

“Have you seen some of the houses in West Orange,” Shugart asked. “Many are not up to code.”

The variances for the ordinances were denied in a 4-2 vote.

Dearing asked to have the law enforced on Irving Street.

“That is a mobile home park,” McDonald said.

An RV park is only allowed to house a unit for six months while a manufactured home park can house one longer. 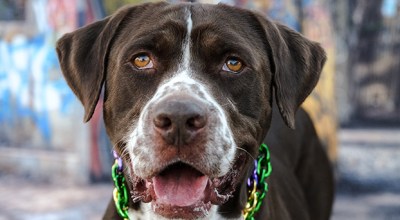 ADOPT A PET — Gunner is ready to be YOUR loyal, best friend