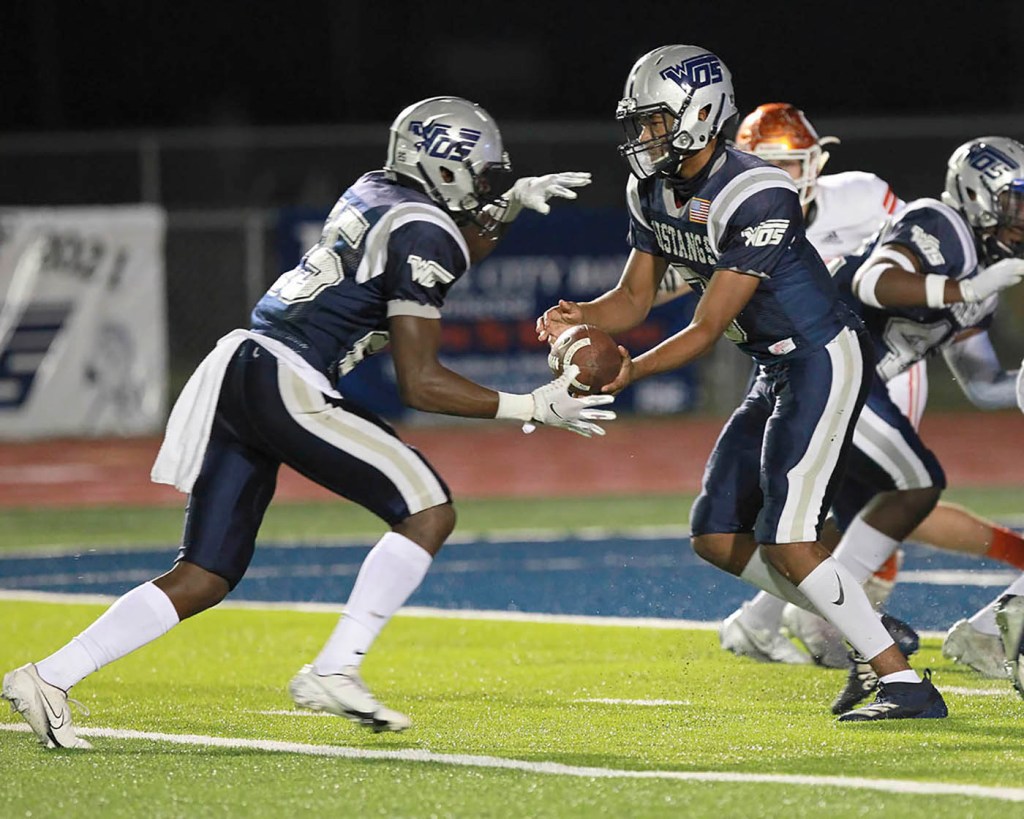 WEST ORANGE – The quest for yet another district title continues for the undefeated West Orange-Stark Mustangs this week as they venture to Liberty to take on the Panthers in District 11-4A Division II play.

The Mustangs (5-0, 4-0) have been rolling through 11-4A play thus far, outscoring their four opponents 171-27, including a 51-7 victory over the Orangefield Bobcats last week.

Meanwhile, the Panthers (3-3, 0-3) are in the hunt for their first 11-4A win. Liberty went through non-district play with three straight wins but have been stymied in 11-4A play. The Panthers have been in tight district games, including a 14-6 loss at Orangefield and a 14-7 home loss to Silsbee.

The Mustangs outgained the Bobcats 458-146 last week in dominating both sides of the ball.

The Mustangs will check into Liberty with 11-4A’s best offense at 431 yards a game, and the district’s leading defense that allows a mere 128 yards a game.

Mustang senior quarterback Jerren Terrell had a huge game against Orangefield, completing 15-of-21 passes for 267 yards and two touchdowns while rushing for two more.

Terrell is 11-4A’s leading passer, completing 55-of-105 passes for 1,031 yards and 12 TDs and has yet to throw an interception as the Mustangs will face a Liberty defense that has allowed just 165 yards a game, which ranks second in the district.

There is no secret that Liberty, which averages 276 yards a game, relies heavily on their rushing attack.

Back Alijah Terrell has zipped for 446 yards and three TDs on 68 carries. Terrick Peterson has 330 yards and four TDs on 48 totes and Keiron Joiner has 167 yards on just 13 carries.

Panther quarterback Kaden Nolan has completed 24-of-54 passes for 337 yards with two TDs and six interceptions.

The Mustangs will look to go in and take a big road victory before resting up next week during their bye week. WO-S will return to action Nov. 6 at home against Bridge City for Homecoming while the Panthers will venture to Bridge City to face the Cardinals next week.