Bears seek 10-4A win against Raiders 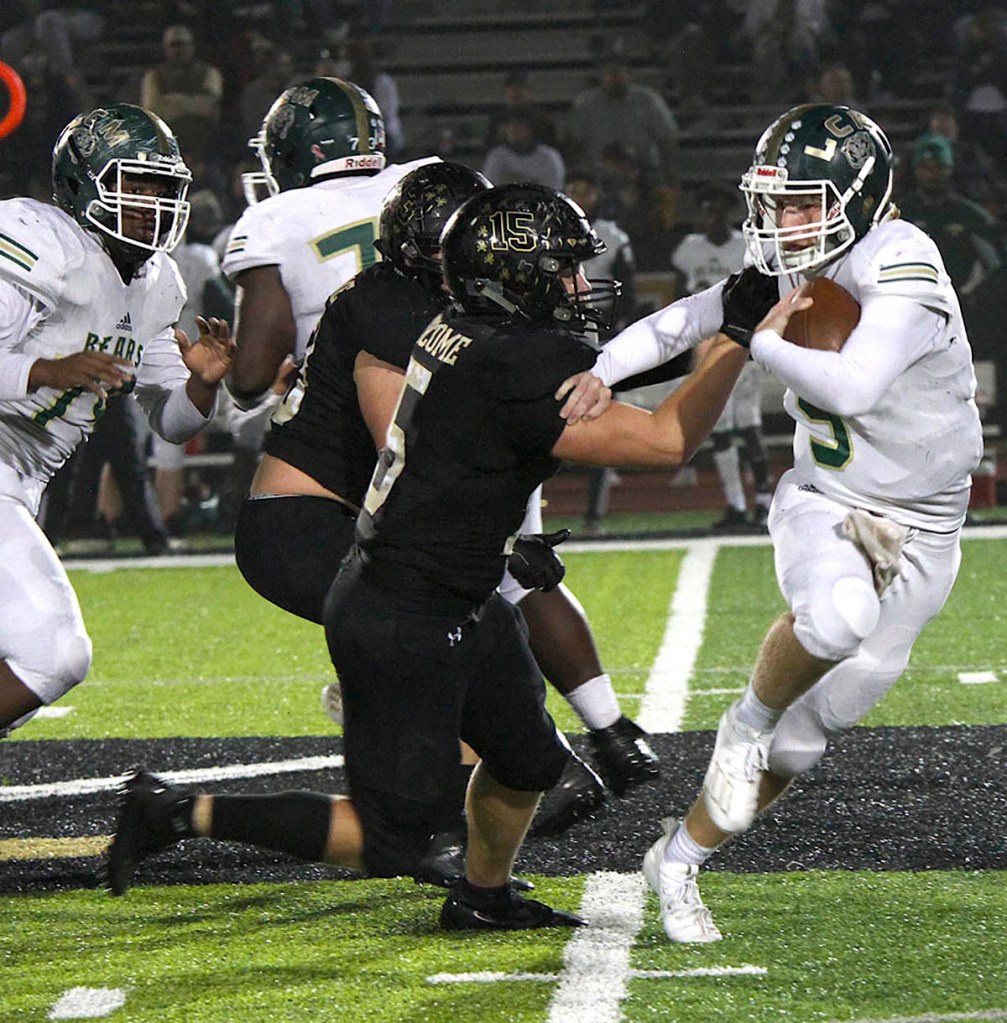 LITTLE CYPRESS – Two teams looking for a much-needed win will be duking it out at Battlin’ Bear Stadium Friday night when the Little Cypress-Mauriceville Battlin’ Bears welcome in the Lumberton Raiders in District 10-4A Division I play.

The Bears fell on the road at Vidor last week 32-7 while the Raiders dropped a 49-21 home decision to undefeated Huffman.

The Bears like to put the ball in the air with quarterback Ashton Landry. Landry has passed for 599 yards on the season and is also a solid runner. He had 100 yards on 20 carries in the Bears’ tough loss to Huffman.

Landry’s go-to receiver is Brendon Pollock. Pollock leads 10-4A with 25 receptions for 310 yards. Landry does like to spread it around as fellow receivers and backs Carson Peet, Keaton Rives, Nicholas Granger and Da’Marion Morris also play factors in the passing game.

Andy McDow leads the LC-M running backs with a little more than 200 yards on the ground.

The Raiders have switched their offense this year, running more spread and shotgun. Last season the Raiders were a 7-4 playoff team and returned six starters on both sides of the ball.

Featured Raider backs include Carson Stinnett, Cade Danna and Christian Sellers, who all can also catch the ball out of the backfield.

This is definitely a big game for both teams in trying to keep their postseason hopes alive as four of the six teams in 10-4A D1 will make the postseason.

The Bears will head to Livingston next week to take on the Lions while the Raiders will visit Splendora.