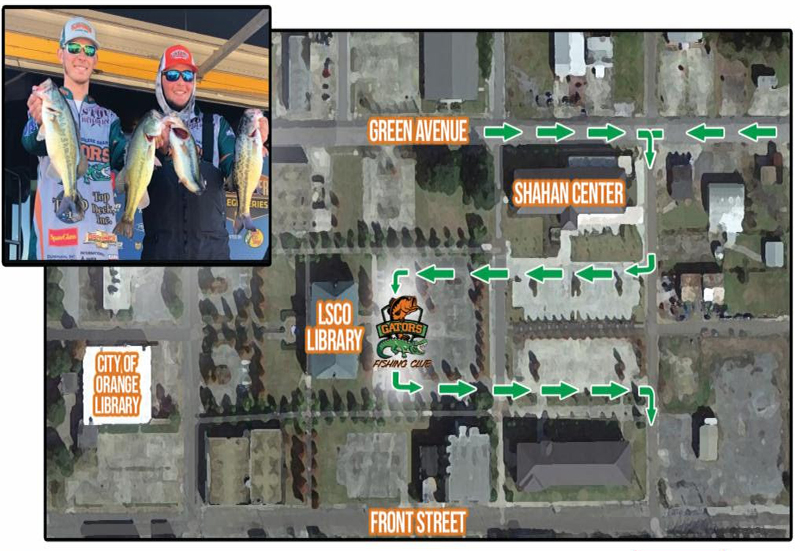 Lamar State College Orange (LSCO) anglers are heading off to the National Championship on Thursday and Orange is making sure they are sent off with cheers and well wishes with a drive thru celebration from 4:30 p.m. – 5:30 p.m.

To help celebrate this accomplishment, the college is hosting a drive-thru celebration in the LSCO library parking lot.

The Carhartt Bassmaster College Series presented by Bass Pro Shops gives college anglers a platform for competing with their peers in a national setting. Anglers can compete in one of five regionals and in a Wild Card tournament for the opportunity to advance to the national championship. From there, one college angler earns a coveted berth in bass fishing’s biggest tournament, the Bassmaster Classic, according to https://www.bassmaster.com/college-bass-fishing

Brett Fregia and Jack Tindel placed 11th in the FLW Tournament on the Ouachita River on Friday, October 2, ranking them high enough to participate in the National Championship next March.

Fregia and Tindel’s winning weigh-in was 9-7.

Fregia and Tindel will also compete in the B.A.S.S. National Championship later this month in Leesburg, Florida. The two qualified for that championship earlier this year.

The LSCO Fishing Club has several more opportunities to earn more spots in championship tournaments in the coming months.