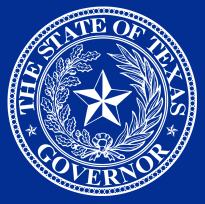 Kristina Henning of Orange is Director of Statewide Services for Partners Resource Network. Henning received a Bachelor of Arts in General Studies from Lamar University.

Stephanie Duke of Houston is an attorney for Disability Rights Texas and an Equal Justice Works Disaster Resilience Fellow. She is a member of the American Bar Association and the State Bar of Texas. Duke received a Bachelor of Arts in Philosophy from the University of Oklahoma, a Master of Education from Houston Baptist University, and a Juris Doctor degree from Thurgood Marshall School of Law.

Barbara “Kay” Kizer of Lufkin is Founder and President of Kay’s Carry On and a Minister and Pastor at True Freedom International Ministries. She is a member of the Lufkin Chamber of Commerce, the American Legion, and the Disabled Army Veterans. Kizer received a Bachelor of Arts in Human Environmental Studies and Social Work from Southeast Missouri State University.

Becky Ames of Beaumont is owner of River City Consultants, Inc. and a consultant with GMJ, Inc. She is currently serving her seventh term as Mayor of Beaumont. Ames sits on the Transportation and Communication and the Tourism, Arts, Parks, Entertainment & Sports Committees for the United States Conference of Mayors. Additionally, she is a member of numerous organizations including the Advisory Board of the Greater Beaumont Chamber of Commerce, the Southeast Texas Regional Planning Commission, Junior League of Beaumont, Rotary Club of Beaumont, and the Board of Lamar University Friends of the Arts. Ames attended Texas A&M University.

Patrick Sturdivant of San Antonio is Lead Test Engineer for USAA where he promotes digital inclusion. He is a member of the International Association of Accessibility Professionals, president of his homeowners association, and former board member of San Antonio Lighthouse for the Blind. Sturdivant received a Bachelor of Science in Computer Science from St. Mary’s University.

Timothy “Tim” McIntosh of Port Aransas is Lead Paramedic for Tri-County EMS. He previously served in numerous paramedic and management roles in the State of Texas. McIntosh is a member of Coastal Bend Regional Advisory Council and the Nueces County Opioid Taskforce.