Bears, Pirates will battle in 10-4A clash 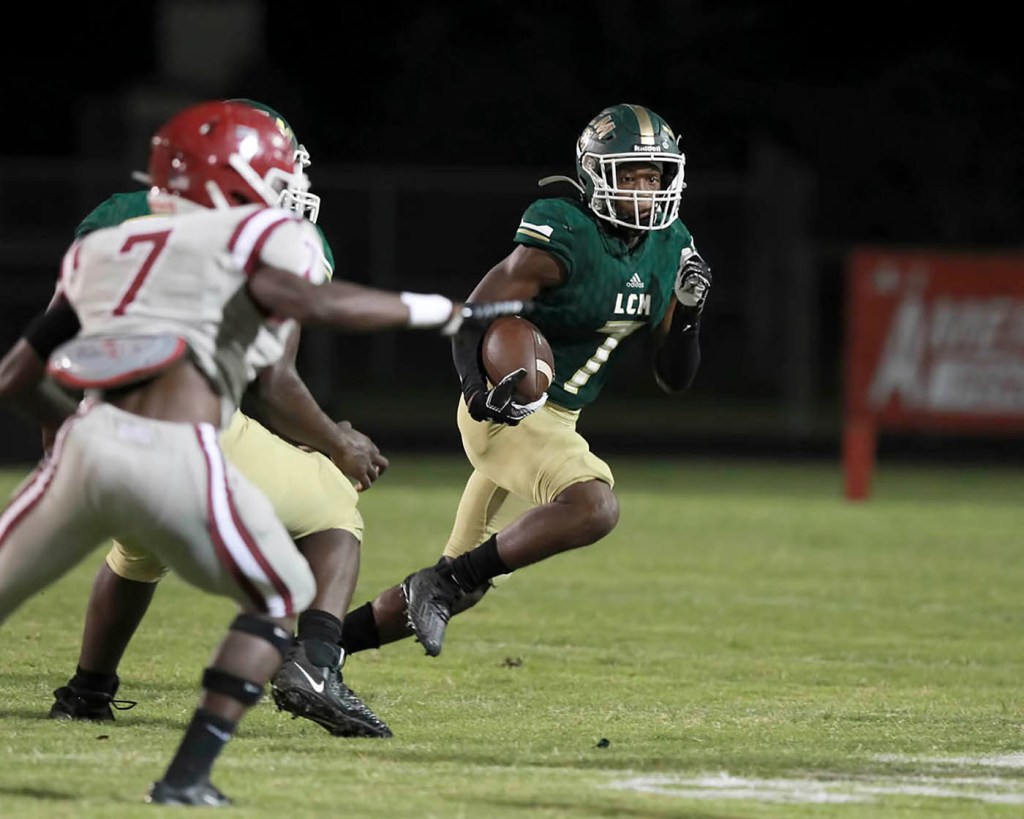 Mark Pachuca/Orange Leader LC-M’s Da’Marion Morris (7) heads up the field for a nice return against Jasper earlier this season.

VIDOR – Two Orange County teams will be seeking their first District 10-4A Division I victory Friday night when the Vidor Pirates welcome in the Little Cypress-Mauriceville Battlin’ Bears in a showdown at Pirate Stadium.

The Bears had Huffman on the ropes throughout that game and took a 10-7 lead on a nice Justin Rainey field goal with two minutes remaining.

However, the Falcons got a huge kickoff return and Falcon quarterback Luke Thomas scored on a five-yard sneak with 0:57 remaining that enabled Huffman to escape Battlin’ Bear Stadium.

The two teams matched each other all night as Huffman finished with 255 total yards while the Bears had 254.

Meanwhile the Pirates dug themselves a hole last week, falling behind Splendora 21-0 before almost completing an amazing comeback.

The Pirates outgained Splendora 329-233 but still fell just short. Splendora back Zane Obregon was a workhorse against the Pirates as he zipped for 148 yards and three touchdowns on 35 carries.

Vidor quarterback Quinten Root did a great job in trying to lead the Pirates back. He rushed for 143 yards on 23 carries and scored on a seven-yard keeper and also tossed a 64-yard touchdown pass to Nathan Bullard in the fourth quarter.

The Pirates will look to get their running game going against the Bears as Root will be handing off to the likes of Weston Sepulvado, Jason Watson and Kayden Barber.

The Bears will look to be balanced once again behind the guidance of quarterback Ashton Landry.

Landry has passed for 447 yards thus far this season and is also the Bears’ leading rusher. He zipped for 100 yards on 20 carries against the Falcons last week.

Senior Brendon Pollock is one of the area’s top targets as he has hauled in 19 catches for 258 yards while Nicholas Granger is another good target for Landry.

Andy McDow and Carson Peet along with Da’Marion Morris are featured coming out of the backfield. Morris has also proved his all-around might, both in the return game and on defense, in which he had two interceptions against Huffman.

The Bears will return home next week to face Lumberton while the Pirates visit Livingston.