Cardinals look to rebound against Tigers 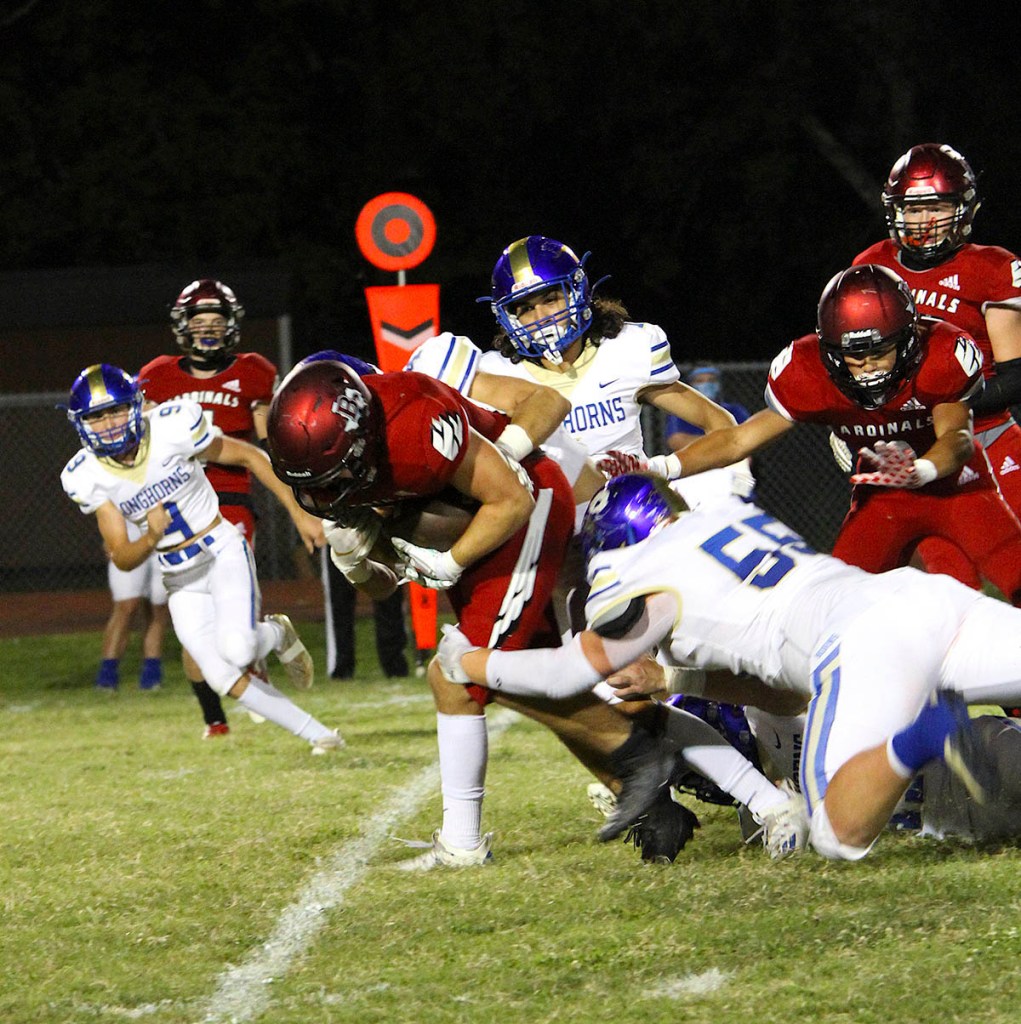 BRIDGE CITY – Both the Bridge City Cardinals and Silsbee Tigers look to get back on the winning track Friday when the Cardinals welcome the Tigers to Ward Stadium in District 11-4A Division II action.

The Cardinals piled up 421 total yards against H-J last week and are averaging 329.6 yards a game. Bridge City will face a Tiger defense that is allowing 266.4 yards a game. Silsbee gave up 368 yards to WO-S.

Cardinal quarterback Ethan Oceguera passed for 151 yards and three touchdowns and has completed 32-of-60 passes for the season for 407 yards and six TDs.

Oceguera also rushed for 119 yards on 10 carries last weeks and has zipped for 298 yards and two TDs on 42 carries for the season.

Cardinal back JimSharon Bearden found some nice lanes against the Hawks, zipping for 141 yards and a score on 23 carries and now has 231 yards on 47 carries for the season.

Receiver Austin Richardson had two catches for 85 yards and a TD against the Hawks and is a big-play threat with his seven receptions for 199 yards and four TDs for the season.

JT Fielder had five grabs for 51 yards and a score against H-J and has hauled in 10 catches for 104 yards for the campaign while James McAbee hauled in a 15-yard touchdown toss against H-J.

The Tiger offense, which averages 234.6 yards a game, will look to bounce back after putting up just 133 yards against the Mustangs last week.

The Cardinals will stay close next week as they will venture to Orangefield to face the Bobcats.