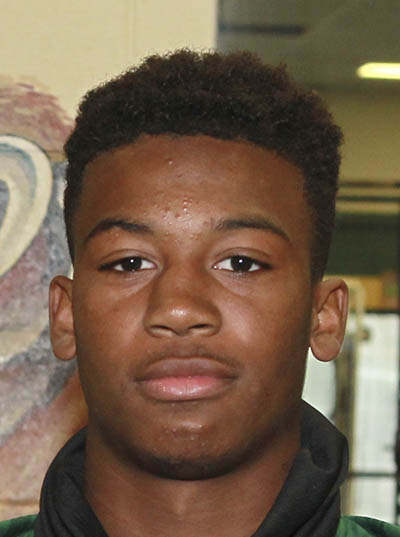 LITTLE CYPRESS – Defending District champion Huffman defeated the Little Cypress-Mauriceville Battin’ Bears 14-10 on Thursday night in their District 11-4A Division II opener in what was a tight contest throughout.

How tight was the game?

Huffman junior quarterback Luke Thomas had a nice game, completing 14-of-17 passes for 133 yards while rushing for 71 yards and a touchdown on 14 carries.

The Falcons received the ball to open up the game, and the offense took the field looking to get something going early. After several plays and a 24-yard pass to Dallas McNeal though, Huffman quarterback Luke Thomas threw his first interception of the night to LC-M’s Da’Marion Morris.

LCM’s offense took over and pushed downfield for a long possession but were unable to convert on third-and-7, punting the ball to the Huffman 15. With such bad field position, the Falcons got stuck and went three-and-out to end the first quarter, a trend which continued for much of the night.

To start the second quarter, both teams would have to punt on their next possessions. With about seven minutes left on the clock, the Bears got the ball again. After just three plays their quarterback, Ashton Landry, would throw his first pick of the night to give the Falcons the ball back with 5:15 left in the half.

With the game still scoreless, Huffman took over looking to make a statement before halftime. After reaching midfield Thomas scrambled for 8 yards, then completed a great 30-yard pass to Isaiah Akin. Facing first-and-goal, running back Caleb Shannon would find the end zone to put the Falcons on the board with their first touchdown of the night.

The closing minutes of the second quarter would wind down in uneventful fashion, with both teams once again having to bring their punters out again. Entering halftime, Huffman remained in the lead by a score of 7-0.

While LC-M received the ball to start the third quarter, the Bears were unfortunately forced to punt the ball yet again, and Huffman took over from the 43. Even though the Falcons moved the ball well, they threw their second interception of the night.

LC-M would make the most of the turnover and began their drive downfield. After 12 plays, Landry would find his receiver Keaton Rives in the end zone on a beautiful 25-yard touchdown pass. After the extra point, LC-M and Huffman were deadlocked at 7-7 with three minutes in the third quarter.

The third quarter came to an end and Huffman had the ball going into the final 12 minutes of the game. The Falcons marched downfield rather quickly, but were faced with a fourth-and-four in field goal range. Surprisingly, they would try to convert instead of settling for three points, but came up short thanks to a huge stop by the LCM defense.

With 8:30 left in the fourth quarter, the Bears emphasized the ground game to move into their own territory. They would gain almost 70 yards rushing on the drive before Justin Rainey booted in a 20-yard field goal to put LCM up 10-7.

Only two minutes remained on the clock, so time was running out for Huffman to score. A big kick return set them up in great position, and an LC-M penalty pushed them even further towards the end zone. Two passes would bring the Falcons into the red zone, and another rush would put the ball on the five-yard-line. On second-and-goal Luke Thomas would keep the ball, scoring on a five-yard QB sneak to put Huffman up 14-10.

In spite of their best efforts the were halted late.. With just a minute left in the game, they took a shot downfield which was intercepted by Luke Thomas, who added a defensive turnover to his already huge night on offense. With the game sealed, Huffman knelt the ball and secured their win 14-10.

The Bears return to action next Friday when they visit the Vidor Pirates. Vidor fell to Splendora 21-14 Thursday night while Huffman will take on Lumberton.