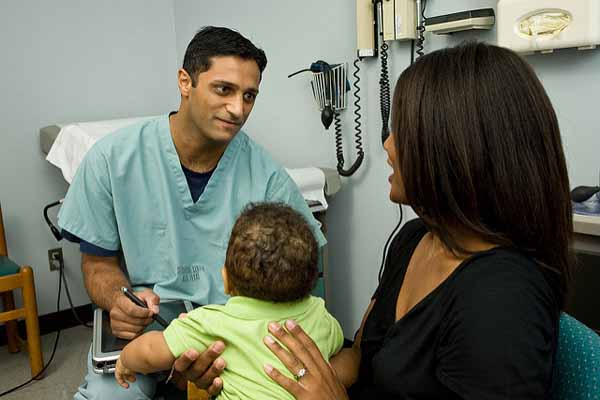 texasmed.org In Texas, 954,000 adults would be newly enrolled in Medicaid if lawmakers chose to expand it.

AUSTIN, Texas — As states grapple with financial shortfalls due to the coronavirus pandemic, a new study shows just how much Texas could benefit by expanding Medicaid under the Affordable Care Act.

Study lead Laura Dague, associate professor in the Bush School of Government and Public Service at Texas A&M, said at current funding rates, Medicaid expansion in Texas could bring in $5.4 billion in new federal spending and provide health coverage to nearly 1 million Texans, with little cost to the state.

“Medicaid is the kind of program that can make a big difference in a pandemic – especially as, going forward, where hopefully we’ll develop better treatments, and thinking about how people are going to pay for those things,” Dague said.

Without health insurance, people typically forgo preventive care, and head to an emergency room when they’re sick, creating a financial burden for the state and taxpayers. Research for the study was compiled by the Bush School of Government and Public Service and sponsored by the Episcopal Health Foundation.

Texas is one of 12 states that hasn’t expanded Medicaid since becoming eligible to do so with passage of the Affordable Care Act in 2010. As a result, Texas has the nation’s highest rate and total number of uninsured individuals.

Dauge said many Texans earning minimum wage are too poor to qualify for an ACA tax credit, but earn too much to qualify for Medicaid under the state’s strict eligibility criteria.

“So, we have a really big eligibility gap in Texas that a lot of people in working families can fall into,” she said. “And that’s one of the reasons we have a high uninsured rate relative to other states.”

Dague worries when the COVID-19 vaccine is available, the cost will be out of reach for some Texans.

In 2019, a federal judge in Texas invalidated the Affordable Care Act, although the law remains in effect awaiting a U.S. Supreme Court ruling.