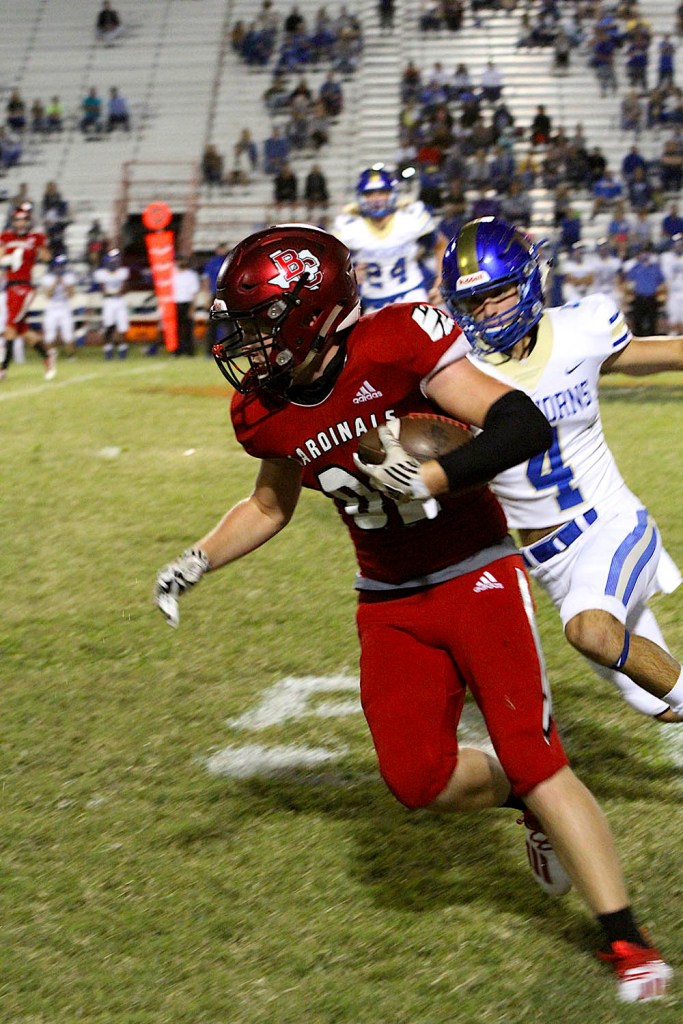 BRIDGE CITY – Showing very little rust after a bye week and only playing their second game of the season, the Bridge City Cardinals took down the Hamshire-Fannett Longhorns 27-20 in their District 11-4A Division II opener last week and will look to tame their second “hyphenated” school this week as they venture to Sour Lake to face the Hardin-Jefferson Hawks.

The Hawks will check into their friendly confines averaging 296 yards a game while allowing 313.

Everyone has played at least one more game than the Cardinals (1-1, 1-0) this year within the district and some have even played three more, but Bridge City was on the mark last week against the Hawks.

The Cardinals are averaging 284 yards a game thus far and are allowing 266.

Junior quarterback Ethan Ocguera has been a steady hand at quarterback, both with his arms and his legs.

Oceguera has completed 22-of-41 passes for 256 yards and three TDs with just one interception and he has rushed for 179 yards and two TDs on 32 totes.

JimSharon Bearden has 90 yards on 24 carries for the Cardinal running attack.

The Cardinals are always a threat to score with the leg of kicker Oscar Carranza, who booted a pair of field goals in the big win over Hamshire-Fannett.

The Cardinals will return home next week to face the Silsbee Tigers.