Bobcats set for Liberty in battle of running games 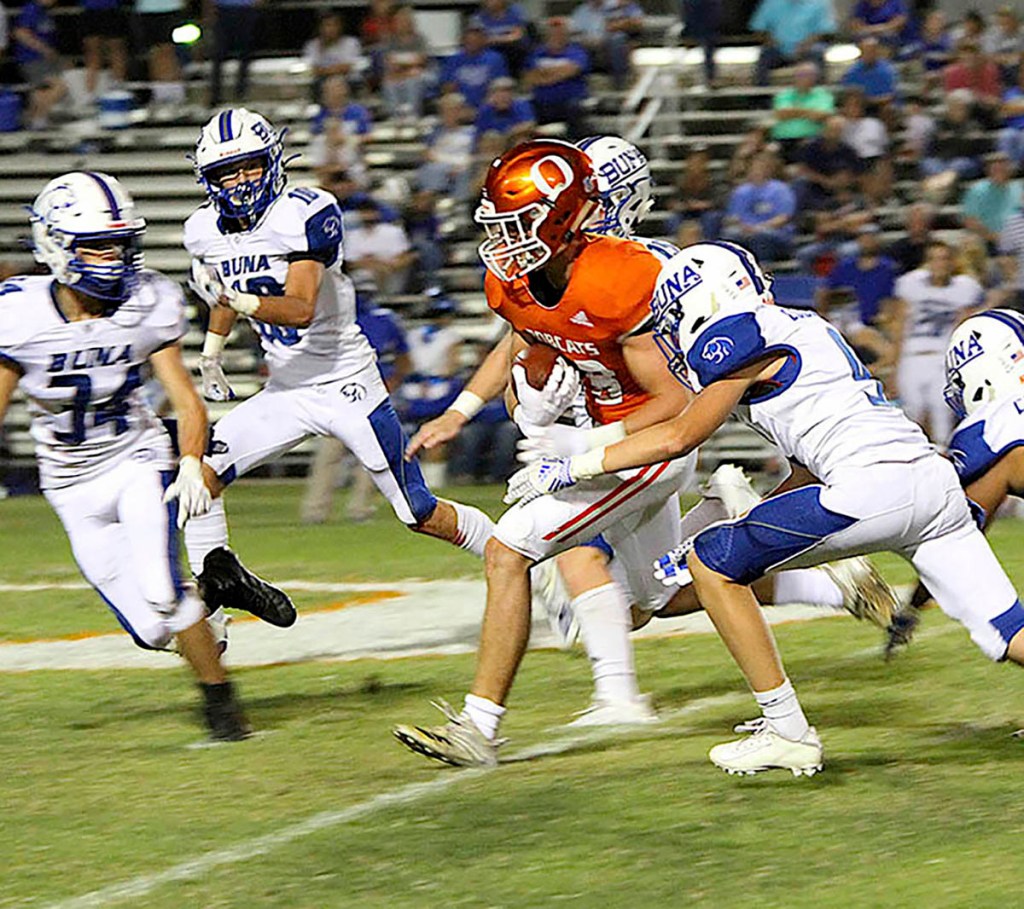 ORANGEFIELD – After a week off due to their bye week, the Orangefield Bobcats will jump back into the District 11-4A Division II fray Friday night when they welcome in the Liberty Panthers.

Both teams are coming off tight district losses to the Silsbee Tigers.

There is no question what either team loves to do, and that is running the football. The Panthers are averaging 273 yards a game, 244 on the ground.

Panther Alijah Terrell leads the district in rushing with 417 yards and three touchdowns on 62 carries.

Terrick Peterson has roamed for 297 yards and four TDs on 37 carries while Keiron Joiner has 167 yards on 13 totes as the Panthers will face a Bobcat defense that is allowing just 147 yards a game, which ranks second in district.

Liberty quarterback Kaden Nolan has completed 16-of-40 passes for 230 yards and a TD and has been picked off five times.

The Bobcats will check into their Homecoming game churning out 301 yards a game, 282.3 of it via a strong running attack.

Fullback Hunter Ashworth leads the stable of backs with 269 yards and four TDs on 46 carries. Tyler Washington has 132 yards and a TD on 23 carries. Dwight Davis has zipped for 128 yards and a TD on 36 carries and Cameron Dischler has 118 yards on 25 carries. Bobcat quarterback Gunner Jones has completed 6-of-15 passes for 62 yards.

Liberty’s defense ranks third in 11-4A as the Panthers are allowing just a mere 164 yards a game.

The Bobcats will make a short road trip next week when they visit West Orange-Stark to face the Mustangs.