Big second half leads Mustangs to wipe-out of Hawks, 47-7 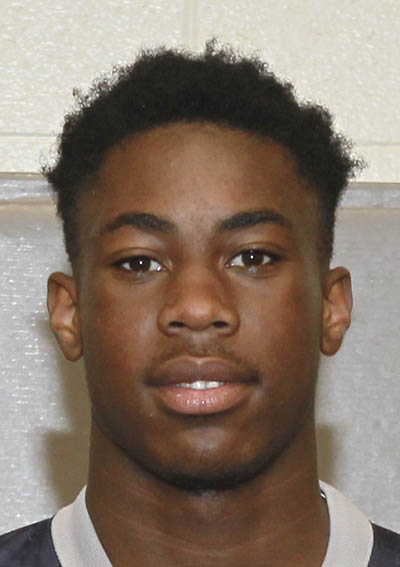 WEST ORANGE –West Orange-Stark Mustangs beat the Hardin-Jefferson Hawks 47-7 in District 11-4A Division II action at Hooks Stadium Friday night as it took the Mustangs a little bit to get going, but once they did they didn’t slow down.

Elijah Gales was a big part of it, getting 100 yards on the ground with just nine rushes while Jamal Shaw had a nice night with 93 yards on eight carries.

Jerren Terrell was able to air the ball out some, throwing for 134 yards on the night. Jalen Thompson would be the most popular target with four catches for 57 yards.

The Mustangs just took control after the first half ended, and never looked back.

The Hawks took the game’s first points, after the Mustangs fumbled at the opposing two-yard line the previous drive. The Hawks found themselves with a chance to take an early lead and took full advantage of it. Dakota McNair took advantage of the Hawks deceptive style of offense and found a hole for a long 65-yard run to the Mustangs five yard line. McNair would punch it in himself from just a yard out to allow the Hawks to take a 7-0 lead on the Mustangs with 11 minutes left in the first half.

The Mustangs answer back on the next drive, behind some solid throws from Terrell and Gales finding holes for big chunks. Terrell would find Thompson for a couple catches and first downs, along with Jason Zeigler Jr. who had a big 13-yard catch on the drive. Gales would punch it in from nine yards out to tie the game at 7-7 with 7:02 left in the first half.

The half would end without either team breaking the tie. Both teams would drive into or near the red zone, but weren’t able to punch in the score. On defense the Mustangs gave up a few big plays but were able to hold the Hawks to just 121 rushing yards, with most of that coming in one run from McNair for 65 yards. The Mustangs looked to find the end zone more often in the second half, and they came out in the final 24 minutes with a fired up mentality.

The Mustangs open up the third quarter with a quick drive to take their first lead of the game. Gales broke a big 14-yard run to open the drive. Terrell would then find Gales on a short pass, getting about 12 yards and another first down. Zeigler would take an end around hand off from the 21 yard line and bring it all the way in for a touchdown. After the PAT the Mustangs led 14-7 with 11:05 left in the third quarter.

The Mustangs defense came up big with a forced fumble on the first play of the next drive. Getting the ball at the Hawk 12, the Mustangs looked to take a two-score lead over the Hawks in just two minutes of game time. Terrell would end up running it in from seven yards out for the touchdown. After the PAT the Mustangs led 21-7 with 9:14 left in the third quarter.

The Hawks would get driven back into their end zone on the next drive, and was forced to punt. After bobbling the punt the Mustangs tackled them in the end zone and got a safety for their great play as the Mustangs led 23-7 with 8:00 left in the third quarter.

WO-S found the end zone again in the third quarter, as they continued to pile it on to the Hawks. Jamaal Shaw broke a big 14-yard run early in the drive to get it started. Terrell would find Thompson, after a couple of pass attempts, and connect on a 15-yard touchdown pass. After the PAT the Mustangs led 30-7 with seven minutes left in the third quarter.

The defense forces another fumble for the Mustangs, and gave the offense the ball inside the opponent’s 20 yard line once again. Gales would take care of this one, driving in the 17 yards himself on two rushes. After the PAT went through the Mustangs led 37-7 with 5:46 left in the third quarter.

The Mustangs got the ball in enemy territory again, but this time they would settle for a field goal. After failing to get the first down, the Mustangs attempt a 30-yard field goal that sailed through for excellent kicker Angel Ibarra. He easily made it, bringing the score to 40-7 Mustangs with 11 minutes left in the game.

The Mustangs continued to pile on with another passing touchdown from Terrell. Terrell would find Demarcus Thibodeaux from 15 yards out for the last score. After the PAT the Mustangs led 47-7 with four minutes left to play.

After a slow first half, the Mustangs were able to rally and start fresh after halftime. A new found energy sent them flying into the lead and the Hawks had no idea how to combat them. Mustangs will look to bring this momentum into their game next week, hopefully scoring more than seven in the first half as they head to Silsbee to face the Tigers in a big showdown.