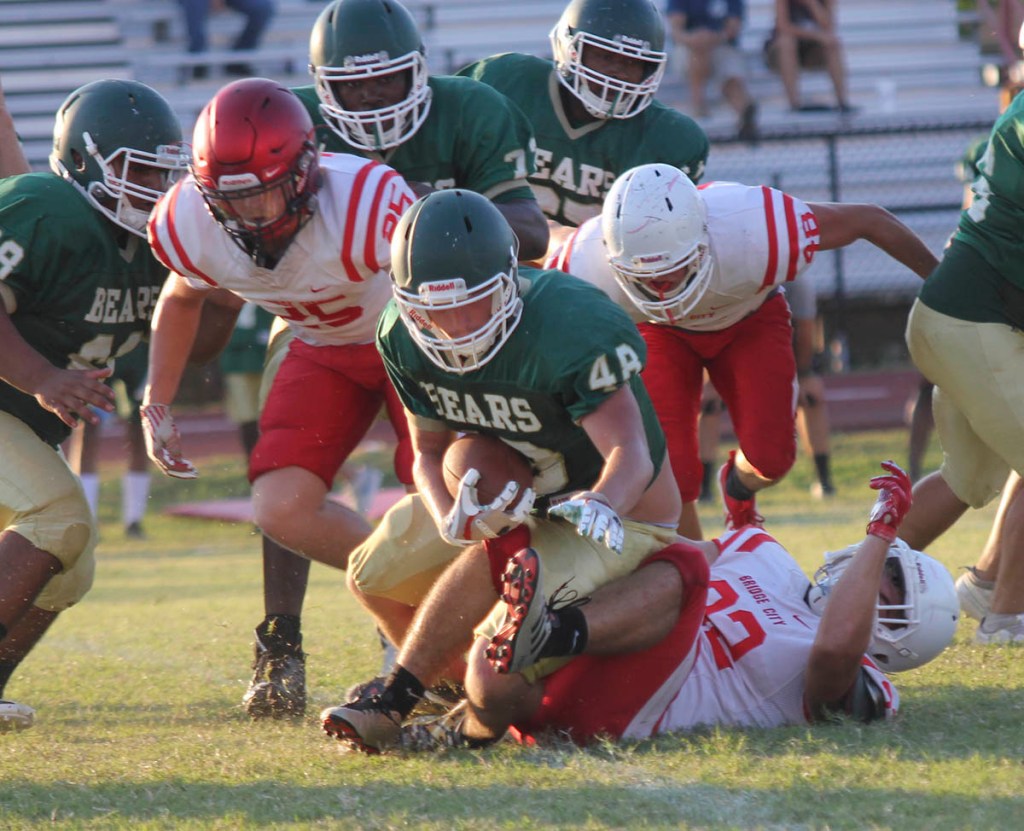 LITTLE CYPRESS – For the first time this season, the Little Cypress-Mauriceville Battlin’ Bears will get a taste of what it finally feels like to play at home as they will play host to the Jasper Bulldogs in their final non-district tilt as both teams will prepare for a makeshift game after both were originally scheduled to have a bye week.

The Bears (0-2) will be seeking their first win of the season after battling hard in losses to Woodville (14-6) and Houston Kinkaid (42-26) to start the season.

The Bears got off to a great start last week against Kinkaid, scoring the game’s first 20 points. However, Kinkaid would score 42 unanswered points to pull away to snag the win.

LC-M quarterback Ashton Landry has passed for 271 yards this season and accounted for three of the Bears’ scores last week.

Receiver Brendon Pollock continues to shine in his senior season and has seven catches for 152 yards and had a TD reception last week.

Landry led the Bear ground game with 75 yards on 17 totes last week and the Bears will look to get running backs Andy McDow and Damarrion Morris going against the Bulldogs.

Nicholas Granger had a nice outing against Kinkaid, hauling in a touchdown pass while bringing back an interception for a score.

The Bulldogs are definitely sparked by burly running back Carl Limbrick. Limbrick has picked right up from where he left out last year in which he gained 1,357 yards and had 28 TDs. He has went over 100 yards in the first three contests and ran for nearly 300 in the win over Newton.

The Bulldogs have an experienced offensive line that paves the way, led by the likes of ShunMarcus Adams and Myles Moye.

After hosting Jasper, the Bears will crank up District 10-4A Division I play at home next week against the Huffman Falcons.