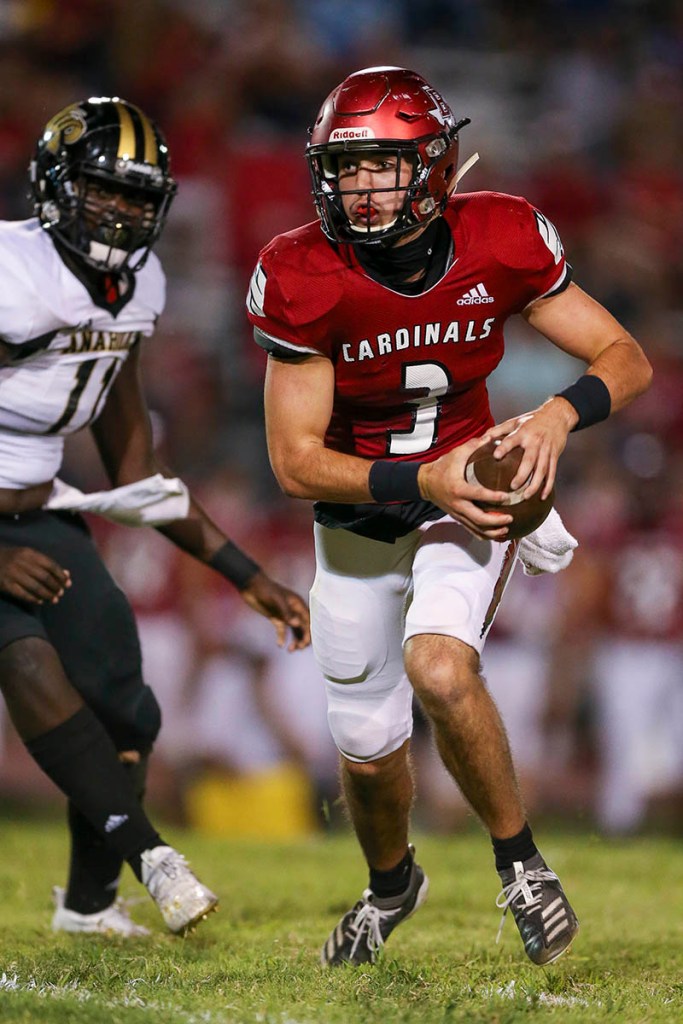 BRIDGE CITY – The well-rested Bridge City Cardinals should be chomping at the bit come Friday night when they welcome the Hamshire-Fannett Longhorns to Ward Stadium to start their District 11-4A Division II season.

The Cardinals (0-1) have had just one game under their belts, a tough 28-21 overtime home loss to Anahuac, as they will look to corral the Longhorns (2-2, 0-1), who absorbed a 37-7 loss at the hands of West Orange-Stark in their district opener last week.

The Cardinals will look to slow down a versatile H-F attack that is averaging 300 yards a game, sparked by freshman quarterback D’onte Zeno.

Zeno has completed 36-of-62 passes for 632 yards and three touchdowns.

The Longhorns have a hard-running and swift back in the form of Khegian Heckaman. Heckaman has bruised his way to 318 yards and six TDs on 66 car and Jordan Joiner and Jordan Denson have combined for 132 yards on 22 carries and three scores.

The Cardinals will look to bounce back after the tough loss against Anahuac. The Cardinals outgained Anahuac 274-259 in the loss.

Oceguera led the ground game with 85 yards and a TD on 19 carries as the Cardinals will try to pile up yardage against a Longhorns’ defense that is allowing a district-high 370 yards a game.