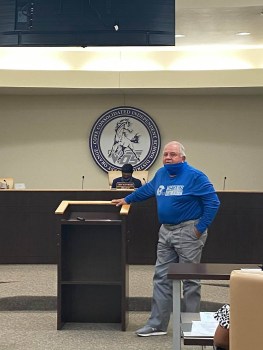 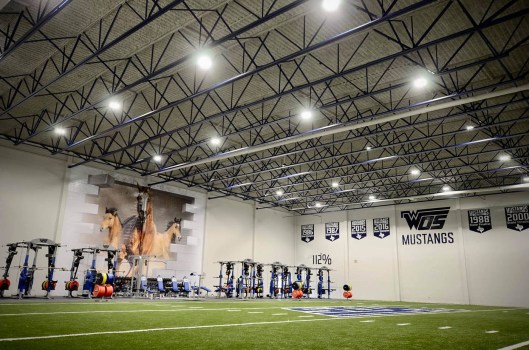 During the WOCCISD Board Meeting this evening it was decided by a unanimous vote of the board that the newly remodeled weight room will forever be named the Cornel Thompson Strength and Conditioning Center.

Coach Thompson has been the head coach of the Mustang football program since 2011 and has posted an amazing 112-19 record. During that time, the Mustangs have won two Class 4A Division II State Championship Games (2015, 2016) and were state runnerups twice (2014, 2017). The Mustangs have reached at least the 4A Division II Region III Finals in all nine of his seasons as head coach and nine straight district titles. The Mustangs are an incredible 37-7 in the playoffs under Thompson.

Thompson was also the long-time defensive coordinator for legendary head coach Dan Hooks and has been such a special part of the program that has produced the all-time best winning percentage in the state’s history as the Mustangs have compiled an overall record of 418-100-3 since Stark High and West Orange High merged back in 1977. The Mustangs have 115 shutouts to their credit over the years.