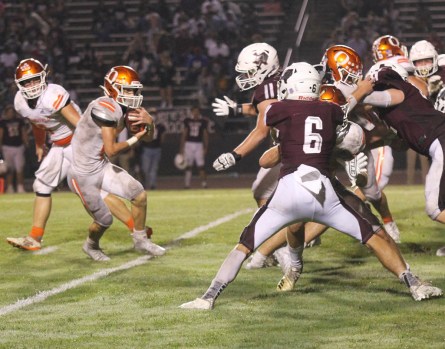 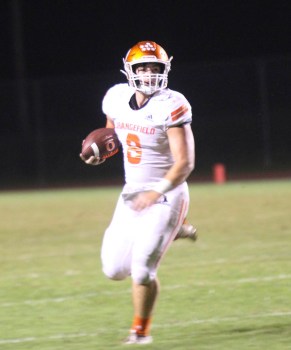 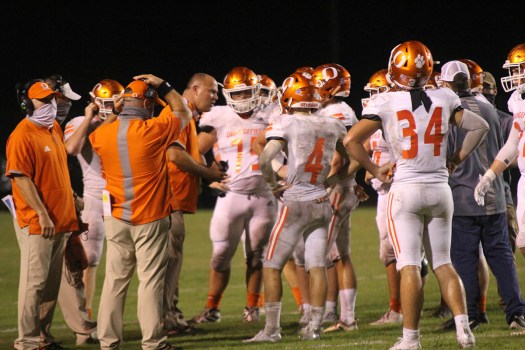 SILSBEE – In an impressive showing of the ground game and defense, Silsbee opened up District 11-4A Division II play with a 14-6 victory over Orangefield in their homecoming game Friday night.

The offensive fireworks started early Friday night, and the Tigers (2-1, 1-0) struck first. On the first play following an Orangefield (1-2, 0-1) punt, junior Marquis Dodd took a handoff 62 yards to the end zone for the first score of the game. The extra point was booted in, putting Silsbee up 7-0 only a couple of minutes in.

Although they were leading early, Silsbee chose to go for on onside kick following their previous drive. In a great showing on special teams, Silsbee’s kicker, Diego Carreon Gonzalez, recovered his own onside attempt and set them up on Orangefield’s 46. Just five plays later, Silsbee would find the end zone again thanks to a jet sweep from receiver Raymond Baltrip.

With Silsbee leading 14-0, Orangefield took the field once again hoping to get something going. However, the Tigers once again recovered their own kick and maintained possession for another drive. Despite the great field position, their offense was unable to hit paydirt and turned the ball over on downs.

The Bobcats finally got the ball back late in the first quarter but were unable to get anything going for their offense, going three-and-out just like both their other drives. Despite recovering a fumble by Silsbee, their offensive struggles continued after a turnover on downs.

The Bobcat defense buckled down after the first quarter in slowing down the explosive Tigers pretty much the rest of the way.

To start the second quarter, Silsbee QB Mason Brisbane threw an interception straight to Orangefield DB Tyler Shearin. One drive later, Brisbane was picked off yet again by Orangefield senior Tyler Washington, but the Bobcats still could not make anything out of their possessions. After a long 15 plays, they were forced to punt again, and the Tigers were still up 14-0 at the half.

After halftime, Orangefield took over from their own 36. While Silsbee’s defense was able to bottle up the Bobcats running game in the first half, the tables began to turn. Orangefield marched downfield slowly but surely over the course of a 17-play drive spearheaded by their backfield committee. After nearly 10 minutes, the Bobcats put their first points on the scoreboard after running back Hunter Ashworth finally punched the ball in on a 3-yard touchdown rush. The Bobcats opted to go for two but their two-point attempt fell short when a QB sneak was stopped at the goal line, leaving Orangefield trailing 14-6.

Silsbee came out for the second half with a new quarterback in, as longtime starter Raymond Foster got his first minutes of the game. After just a couple of plays though, Orangefield came up big with a crucial sack on third down to force a punt. Soon after, the third quarter ended with Silsbee still leading 14-6.

The fourth quarter was mostly uneventful as the battle of defenses continued. Both teams tried but failed to advance the ball very far out of their own territory, but Orangefield gained possession to make one last push with four minutes remaining in the game. For a while, they moved the ball downfield with confidence and even converted a huge fourth down to keep their hopes alive. As they approached the 50-yard-line, the Bobcats were faced with a fourth-and-two as time continued to tick down. In spite of the offensive line’s best efforts, their QB sneak attempt fell short and Silsbee would go on to take possession, running out the clock to a 14-6 victory.

After tonight’s action, Silsbee will look to go 2-0 in district when they visit Liberty. Meanwhile, Orangefield will enter their bye week hopeful that they can make the changes needed to come back stronger and remain afloat in district competition. The Bobcats will play host to Liberty Oct. 9.