OP-ED: Hispanics will decide the next president 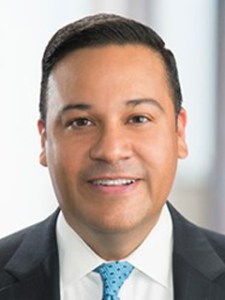 My mother was born in a small village in Mexico and became a citizen of the United States only after toiling for many years in the Byzantine U.S. immigration system. My father, a third-generation Texan, hailed from deep West Texas, where his ancestors were persecuted merely for the fact that they were successful ranchers and mercantilemen who also happened to be Hispanic.

But make no mistake. My parents love American because America offers what no other country in the world can truly provide: opportunity based solely on hard work, sacrifice and dedication. It doesn’t matter where we were born or who our parents were. What matters in America is our ability to make this a better country for our fellow citizens.

But my parents and grandparents are not only role players in the ageless story of Texas. Their histories and voices are interwoven into the very tapestry of what this great state represents. They embody what it means to be a Texan.

And yet, we do not fit the stereotype of what most people think of when they think of Texas Latinos. I, just one generation removed, do not speak Spanish; I am not a Catholic; and I was elected to the Texas Legislature as a card-carrying member of the Republican, not the Democratic, Party. Texas Hispanics are not as we are characterized on television or in the newspapers. We are a diverse, unique, disparate group of America-loving people who come from many different backgrounds.

This is why some of the state’s most well-respected Hispanic leaders from both parties have launched the Texas Hispanic Policy Foundation. We created the Foundation to provide polling and other research to explore the beliefs and behaviors of Hispanic Texans. We believe the public’s understanding of Texas Hispanics should be based on data rather than outdated, presumptuous punditry.

After all, the Hispanic community is vastly diverse. Some of us are from Mexico, some of us are from South America or even Europe. We are wealthy, poor, educated and illiterate.  We fight for our country in the Armed Forces, but we are also day laborers on America’s farms and in Her factories. We help raise the children of the United States, while simultaneously cleaning and cooking to keep your homes tidy. With or without documents, we are Americans.

Now, as our numbers grow in states like Texas, Florida, California, Arizona, Nevada, and New Mexico, our political voice is being heard. For many years, we have been the deciding vote in city council, county judge and state representative races. But as our numbers increase, our vote becomes vitally important to anyone seeking statewide or national office.

Neither Donald Trump nor Joe Biden can win the presidency without receiving a material proportion of the Hispanic vote in several critically important states. In states like Texas and Florida, if Joe Biden is able to obtain the level of support from Hispanic voters that Hillary Clinton was able obtain, he would likely win those states, and thus the presidency.

This is not conjecture. Our Foundation released polling last month showing Trump with a seven-point lead in Texas and Biden with a lead of 9.5 percentage points among Texas Hispanic voters. But according to exit polls, Clinton won Hispanic Texans by 27 points four years ago.

If Trump is able to cut into Hispanic support as polls in both Texas and Florida currently show, he will win both states. But if Biden is able to engage and win mindshare of Hispanics is a meaningful way in Texas, Florida and Arizona, he has several wide-open paths to the Oval Office.

What is clear is that the Hispanic vote is the key. He who is able to win the hearts and minds of hardworking and America-loving people like my mother and father will be the next president of the United States of America.