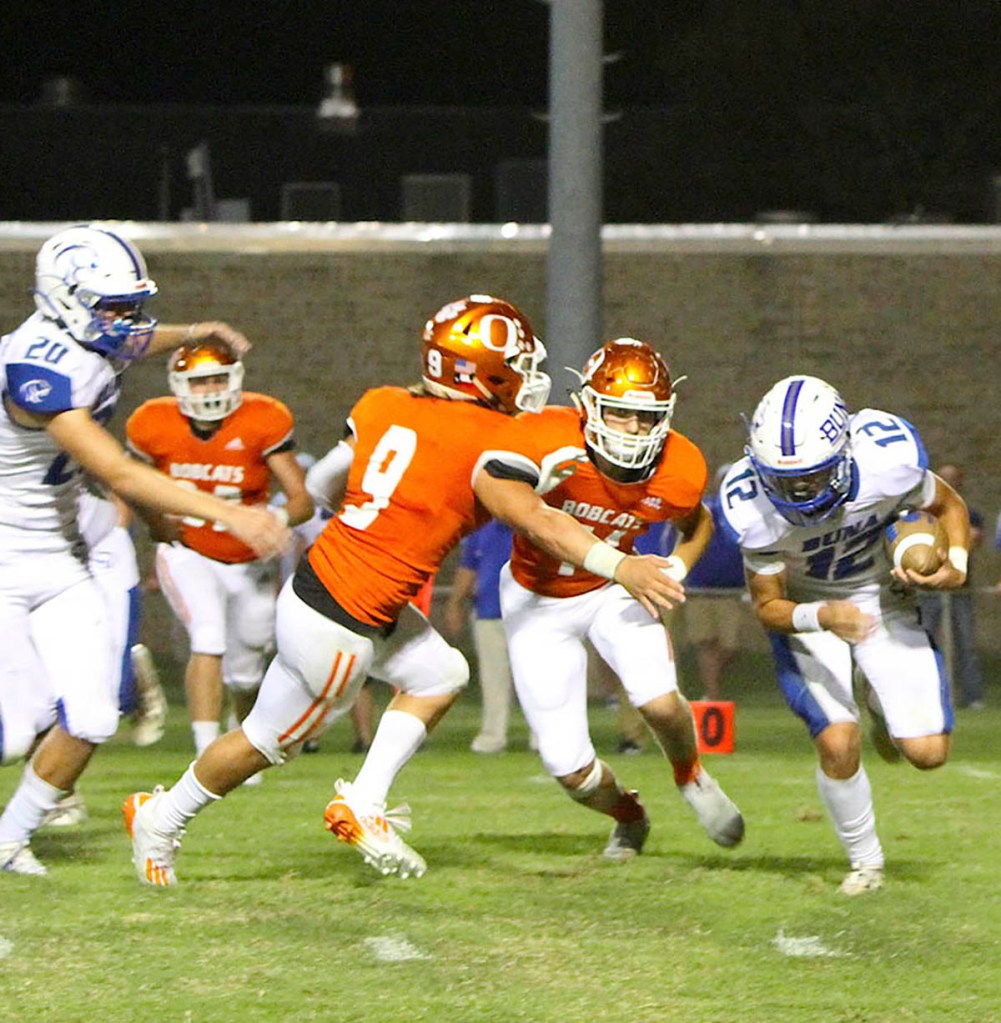 ORANGEFIELD – After dismantling long-time rival Buna in their last non-district game of the season, the Orangefield Bobcats will look to make noise in their District 11-4A Division II opener this Friday when they visit Silsbee to face some angry Tigers.

The Bobcats (1-1) moved up to Class 4A Division II after competing in Class 3A Division I the past two seasons as their quest to make the playoffs again in the higher division will start up.

Silsbee defeated Lumberton 56-14 in their other non-district tilt.

The Bobcats definitely shook off their season-opening 21-20 loss to Livingston on the road by dominating Buna at home last week.

Orangefield was definitely stingy on defense, limiting the Cougars to a mere 75 yards of total offense as the Bobcats jumped out to a 20-0 lead by intermission and then added a pair of touchdowns in the fourth quarter.

Meanwhile, the Bobcats amassed 386 yards on 62 carries with their vaunted Slot-T offense as they did not attempt a pass as they grinded down the Cougars.

Fullback Hunter Ashworth leads the Bobcat ground game with 228 yards and three touchdowns on 34 carries. He is followed by a host of tailbacks and halfbacks that includes Tyler Washington (20-122-1), Cameron Dischler (23-106-0) and Dwight Davis (22-89-1).

In two games, the Bobcat defense has been on point, allowing just 104 yards a game while the offense has churned out an average of 370 yards as Orangefield as definitely controlled the tempo, which is something they would love to do against the Tigers.

Silsbee has allowed 339 yards a game, most of that coming against Pleasant Grove, while they average 307 on offense.

The Tigers are led by three-year starting quarterback Raymond Foster, who has completed 12-of-26 passes for 101 yards and two interceptions through two games.

The Bobcats will have their open week next week before hosting Liberty Oct. 9 while the Tigers travel to Liberty Oct. 2.