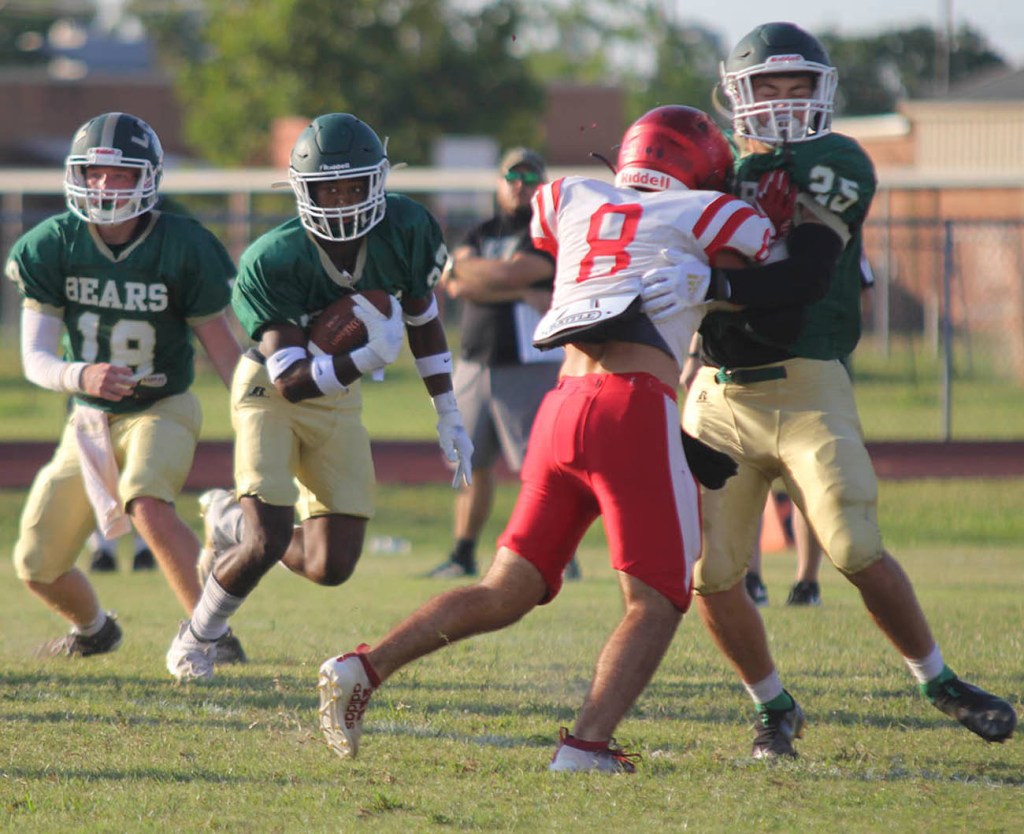 Van Wade/Orange Leader LC-M back Damarion Morris and the Bears will make the trek to Houston to face Kincaid Friday.

LITTLE CYPRESS – After getting their legs under them in a tough 14-6 loss on the road at Woodville last week, the Little Cypress-Mauriceville Battlin’ Bears will look to wrap up their small portion of a non-district season with a win on the road at Houston Kincaid Friday night.

The Bears (0-1) played well at times against Woodville (3-0) last week, a team that had already had two games under their belts.

This week, the Bears will face Kincaid Falcons, who will be playing their first game of the season, due to the Houston area allowing no games due to the COVID-19 virus until Sept. 25.

The Bears had a strong defensive effort against the Eagles, holding Woodville under 200 yards of total offense.

LC-M moved the ball on offense well at times, however, too many turnovers in key spots hampered them from finding the end zone.

Bear quarterback Ashton Landry passed for more than 150 yards and receiver Brendon Pollock had over 100 yards receiving as LC-M will look to get their ground game going this week.

The Falcons were a 6-5 playoff team last year and went 5-1 in their SPC district. The Falcons welcome back five starters on each side of the ball and the largest senior class in head coach Nathan Larned’s nine years should definitely have them chasing a playoff berth again.

Dillon Bell and Cam Henry are both key figures at receiver on offense as well as in the defensive secondary.

Ezekiel Evans and Cayman Duncan (6-7, 295) are key cogs on both the offensive and defensive trenches.

Johnny House is known for his great coverage at safety and is huge in the Falcons’ return game.

After the Kincaid game, the Bears will have their open date Oct. 2 before cranking up District 10-4A Division I play Oct. 9 at home against the Huffman Falcons.