Texas voters need to register by Oct. 5 for November election 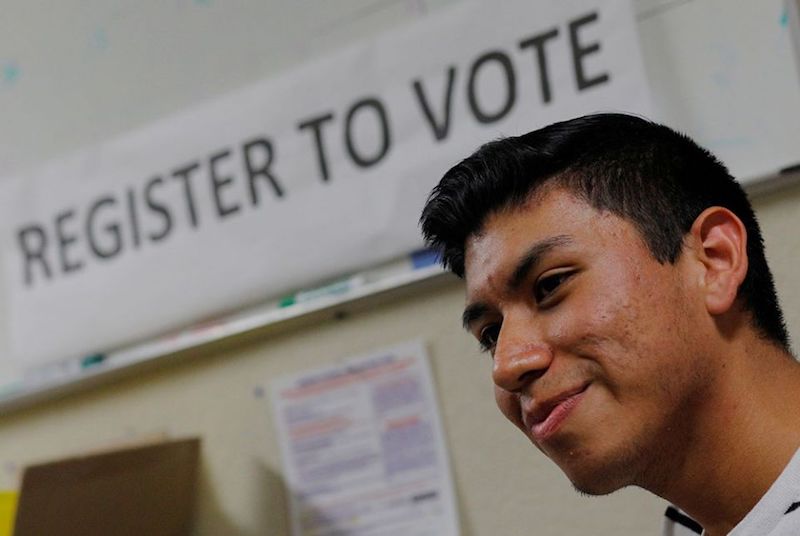 Photo courtesy of nationalcatholicreporter.org A U.S. district judge ruled last month that Texas is violating the federal National Voter Registration Act by not allowing residents to register to vote when they go online to update their driver's license information.

AUSTIN, Texas — It typically takes less than five minutes to register to vote, but the pandemic has made it harder to reach first-time voters. That’s why MOVE Texas plans to call 100,000 unregistered voters as part of Tuesday’s National Voter Registration Day.
With door-to-door and public events impossible due to COVID-19, Charlie Bonner, communications director at MOVE Texas, said during the first seven months of this year, voter registration in Texas was down 24% compared with the same period in 2016. But he noted MOVE Texas has held the largest voter-registration day in the country for the past three years, and hopes to continue that success in 2020.
“We’ve mailed out 400,000 voter-registration forms to voters under the age of 30, and are calling them to get those voter-registration forms back in the mail before the Oct. 5 deadline,” Bonner said.
Bonner said the youth vote tripled in Texas from 2014 to 2018, and MOVE Texas is working to make voting a habit for those who already have been to the polls once. He said volunteers will walk unregistered votes through the process tomorrow at a streaming event with activists and musicians.
Forty-one states have passed legislation to allow residents to register to vote online, but Texas is not one of them, which Bonner said aligns with the state’s reputation for voter suppression. He said that’s why MOVE Texas is encouraging voters to show up in numbers so large on November 3, no amount of suppression can make a difference.
“Those in power are doing everything that they can to hold onto power by limiting access to the ballot box for so many,” Bonner said.
A group registering Latinos – a demographic that makes up nearly 40% of the Texas population – also reports a decrease in voter-registration numbers since 2018. Nationwide, the Latino population has been disproportionately hit by the pandemic.
Texas residents who want to register to vote can go to the MOVE Texas website, or Register2Vote.org.
Support for this reporting was provided by The Carnegie Corporation of New York.