Mustangs gearing up for Horns, 11-4A opener 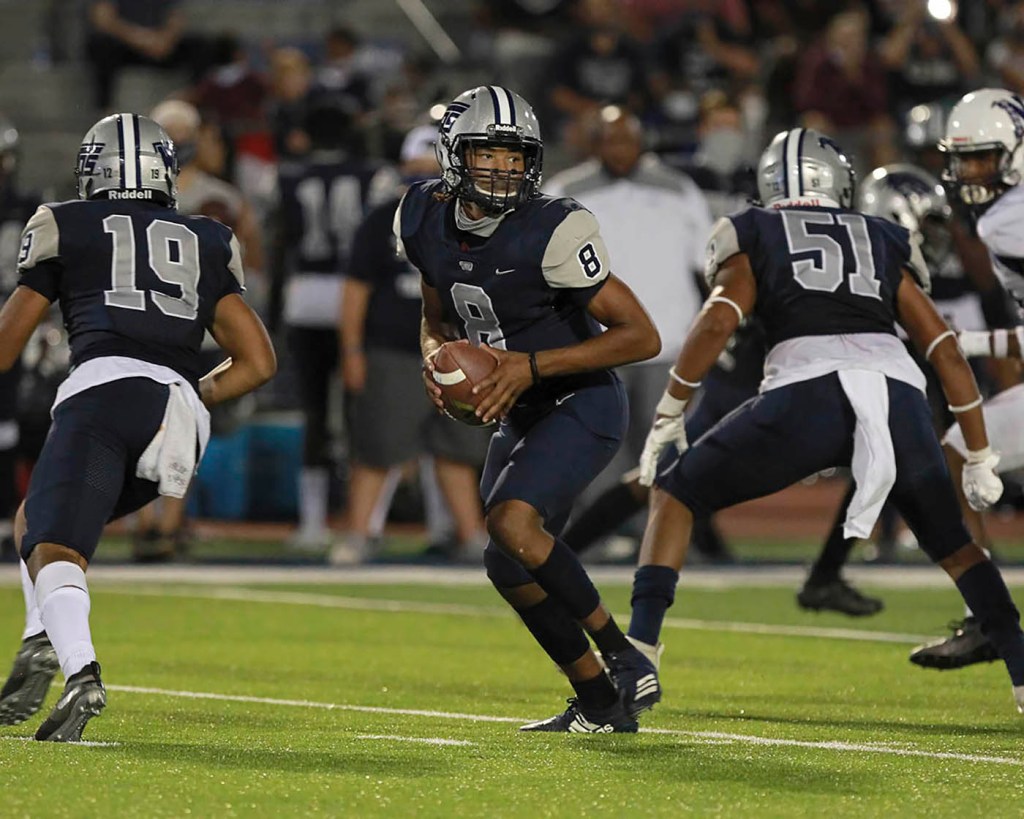 WEST ORANGE – After totally dismantling the Newton Eagles 70-0 last Friday night in their only non-district game of the season after missing their first three due to Hurricane Laura, the West Orange-Stark Mustangs will dive into District 11-4A Division II waters this Friday as they visit the Hamshire-Fannett Longhorns for the district opener.

The Mustangs (1-0) will be on a quest for their 10th straight district title while the Longhorns (2-1) come in with plenty of momentum, and also three games under their belts.

The Longhorns are coming off a thrilling 34-30 victory at home against Splendora last Friday after trailing most of the contest.

Hamshire-Fannett defeated the Anahuac Panthers 22-12 on the road in their season opener and then lost to old rival and Class 3A Division I power East Chambers on the road 49-39.

Last week, the Mustangs were never really challenged by Newton as the Mustangs totally came out and dominated the first half, sprinting out to a 35-0 lead by intermission as they cruised to the program’s 115th shutout.

Senior quarterback Jerren Terrell and his receivers worked with precision, especially in the first half.

Terrell finished the game 9-of-13 for 221 yards as he rested most of the second half. Gales wound up with 101 yards on just six carries.

The Mustangs had 263 yards of total offense in the half. The Mustangs limited Newton to 51 yards in the first 24 minutes and sacked Eagle quarterback Mark Woods five times. Eagle back DeAnthony Gatson had 41 yards on nine carries in the half. Woods made the start for the Eagles after normal starter Nate Williams had to sit out with ankle and knee soreness.

It got worse on offense in the second half for the Eagles as they finished with a minus eight yards in the half to finish with just 41 total yards on the night. The Mustangs, meanwhile, totaled 465 yards.

The Mustangs return home next week to host Hardin-Jefferson while the Longhorns venture to Bridge City to face the Cardinals.