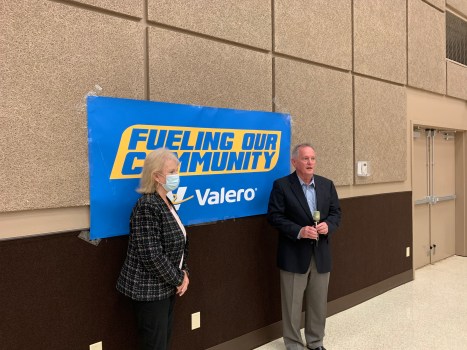 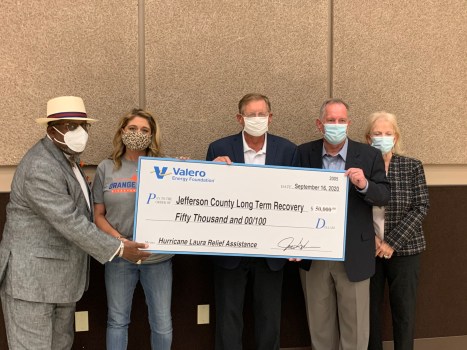 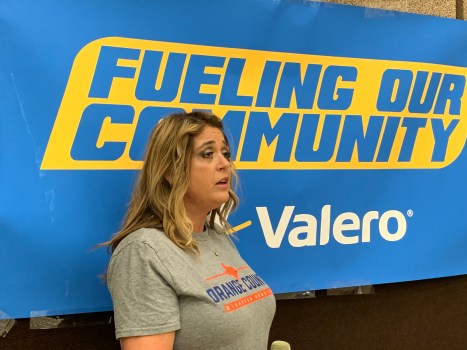 Southeast Texas Emergency Relief Fund (SETERF), an area leader in philanthropy and purposeful giving, announced a charitable contribution in the amount of $50,000 from the Valero Energy Foundation to help with Hurricane Laura recovery for residences in Orange County and the City of Port Arthur on Wednesday.  Members of Valero’s Port Arthur Refinery Leadership Team, including Mark Skobel, Vice President and General Manager, presented the check to SETERF.

“In times like these, we know this donation will make a difference because so many citizens in the area were affected. It’s important to support the community we live and work in,” said Mark Skobel, Vice President and General Manager of the Valero Port Arthur Refinery.

“We are so appreciative of the Valero Energy Foundation for making this donation. This very generous donation will help citizens in this area getting back normal,” said Vernon Pierce, Executive Director of SETERF.