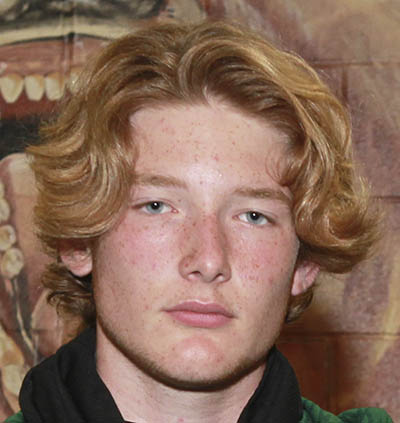 WOODVILLE – The Little Cypress-Mauriceville Battlin’ Bears fell to the Woodville Eagles 14-6 in Woodville in their season opener Friday night.

In what was a close game throughout, the Eagles managed to get just enough offense to win this defensive battle.

The Eagles (3-0) came in with two games under their belts already but the Bears (0-1) battled hard.

Early on both teams struggle to find the end zone. Both would get within striking range, but couldn’t punch in the final 10 to15 yards to find points.

Both defenses would play the pass well and the Bears specifically were doing good at rushing the quarterback early.

The Bears would have a tough time all game getting their running game going. Andy McDow was their main source of rushing with 11 rushes for 34 yards, leading the Bears.

Where the Bbears lacked in rushing they made up for in passing throughout the game. Bears QB Ashton Landry would pass for around 150 yards on the night but did throw an interception early on. Brendon Pollock would have around 100 yards receiving, with a few great catches including a one-handed catch on the sideline.

For the Eagles, Ronald Washington would lead the way rushing with 44 yards on the ground. In the air both quarterbacks for the Eagles had a share of the action. Darius Bean would have the majority with 80 yards in the air including a touchdown to JaCorey Hyder. Jack Fowler would throw for just 42 yards, but had a big pass to Hyder for a 30- yard touchdown.

The Eagles struck first before halftime. They started in Bears territory and it didn’t take long for them to capitalize on the good positioning. Jack Fowler would find Lloyd Evans for a six-yard pass to start the drive off. The next snap Fowler would chunk it deep to JaCorey Hyder who caught it in stride for a 30-yard touchdown pass. The PAT would go in and the Eagles took a 7-0 lead in the second quarter.

After the Bears lost a fumble the Eagles took over on the 50-yard line, looking to extend their lead. Fowler would look for a pass but it was picked off by Carson Peet. Peet had no one in front of him and took it in for six. The PAT attempt would be no good, so the Eagles still led 7-6 with 6:15 left in the first half.

The Eagles would end the half leading 7-6, stopping the Bears just outside of the red zone to keep the game on a razor’s edge heading into the half.

The biggest issue the Bears were facing for the second half is holding onto the ball, having three fumbles in the first 24 minutes and losing two of them to the Eagles.

The Eagles came out after halftime and increased their lead thanks to the run game. Ronald Washington would carry the ball a few times for the Eagles on the drive and ended up punching it in for six after a hard few yards at the goal line. The PAT would go in and make the score 14-6 Eagles.

The Battlin’ Bears would fall to the Eagles in a 14-6 final, but they had a good showing on the road. They held the Eagles to less than 200 yards offense, but couldn’t get anything going themselves in quite the defensive battle. A few adjustments should send them on the right track to winning soon.

The Bears head to Houston Kincaid next week and will open up District 10-4A Division I play Oct. 9 at home against Huffman.