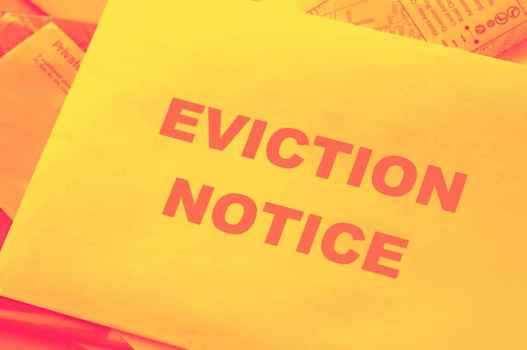 A ban on evictions through year's end could prevent 40 million Americans from losing their homes, according to the Centers for Disease Control and Prevention, but they'll still owe the rent. (acluwv.org)

AUSTIN, Texas — Despite a nationwide moratorium against evictions, people are losing their homes, and the order has created conflicts between landlords and tenants.

Millions of Americans are unemployed but some landlords worry renters are using the pandemic as an excuse to stop paying rent and they’ll never see back payments.

The Centers for Disease Control and Prevention (CDC) has ordered a halt to pandemic-related evictions through the end of the year for people earning less than $99,000 annually.

“You still owe the rent ultimately,” Malone explained. “But a lot of people need time to find a new job, to find sustainable income that will allow them to pay back the rent.”

Those seeking relief from eviction must confirm they’ve attempted to get available government housing assistance and are unable to pay rent due to “substantial loss of household income, a layoff or extraordinary out-of-pocket medical expenses.

Renters also must show being evicted would require them to live with others, or become homeless, and make partial payments based on ability.

Prior to the CDC nationwide moratorium, Houston was the largest city in the country without eviction protections during the pandemic. Renters make up more than half Houston’s population.

“We think that well over half of everyone who leaves a home is a self-eviction,” Malone said. “They leave without going through the legal process.”

After the eviction of a young family in Houston last week was televised showing a tearful father, law enforcement officers set up a GoFundMe campaign that has raised more than $100,000 to help the family and other families facing eviction.

Israel Rodriguez told reporters he was behind thousands of dollars in rent after losing his job due to the pandemic.