Battlin’ Bears look to dig in for Woodville, exciting 10-4A D2 race 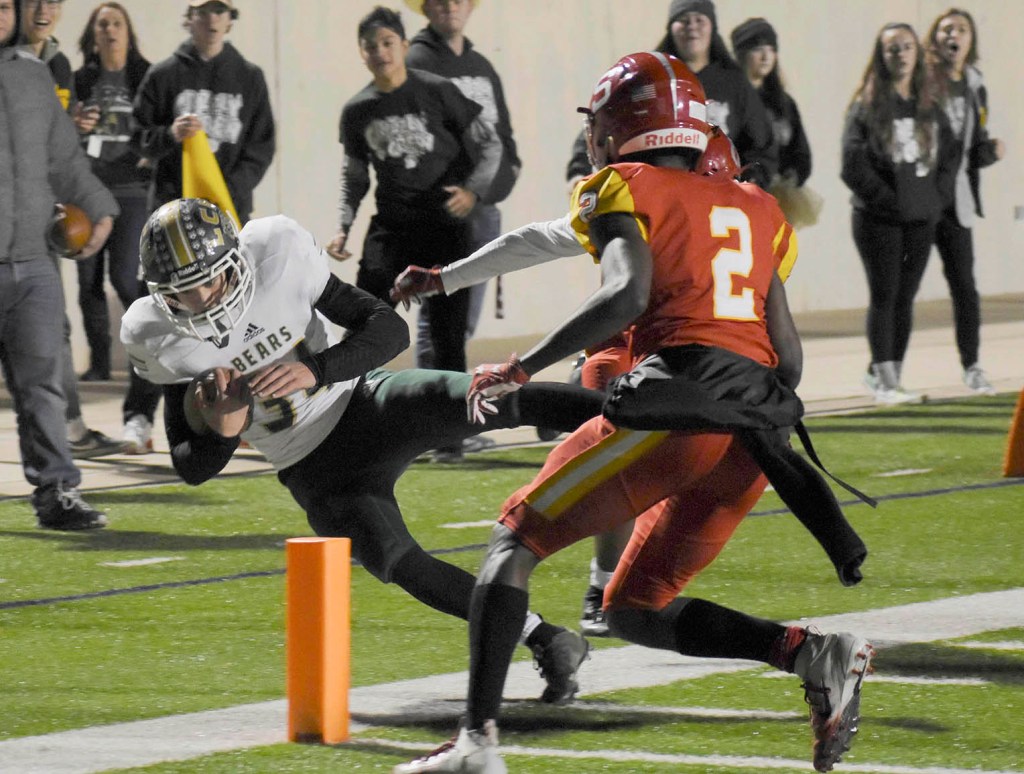 LITTLE CYPRESS – After a solid campaign that saw them win their first playoff game since 1997, the Little Cypress-Mauriceville Bears want to build on that and keep moving further ahead as they gear up for what could be an interesting season, which includes trying to keep the corona virus at bay for long-time head coach Randy Crounch and Co.

The Bears will open their season on the road Friday against Woodville after Hurricane Laura disrupted their first three games of the season.

“We had tremendous numbers up here throughout the summer and that reflected in our numbers when we started practice and that is a little over 100,” said Crouch. “The kids are excited. We always tell them right now that is a blessing that they can get to practice and play and that they need to cherish it, because with the virus thing going on, anything can happen from week to week.”

The Bear football program is doing everything possible to keep the players safe.

“The kids and coaches are doing a great job wearing their masks and have adjusted well,” said Crouch. “We’re dealing with so many new things during this. You have to make sure the shower situation for everyone is up to par and a lot of sanitizing goes into that. We make sure they turn in all of their workout clothes so they can immediately get washed and ready to go for the next day. We have designated water areas on the field and in this heat, we want them to stay hydrated even more. We always have that one person that kinda guards the water and make sure everyone stays safe while drinking it.”

The Bears will look to plow ahead with a solid veteran group leading the way. LC-M returns seven starters on each side of the ball from a 6-5 playoff unit, which included a big 48-21 bidistrict playoff romp over Stafford in the bidistrict round.

“We’ve got some solid leadership, especially from an experienced line on offense and an experienced secondary with so many kids returning in those spots,” said Crouch. “We’re looking for some young guys to step up and fill some big shoes, especially at quarterback and at linebacker.”

The Bears are certainly losing one of the best weapons they had last year in the form of quarterback Ethan McCollum. McCollum, who signed to play at Houston Baptist University and who was the MVP on the All-Leader Football Team last year, rushed for 1,187 yards and 22 touchdowns on 202 carries and completed 149-of-269 passes for 1,625 and six scores.

“We’re looking for junior Ashton Landry and sophomore Dewan Reynolds to step in at quarterback for us,” said Crouch. “Landry started for us on the JV last year and Reynolds on the freshmen team with both getting a lot of playing time and learning the system. Both have good athleticism and both have good arms. It’s just a matter of getting that experience under their belts. That’s one reason why having just one scrimmage hurts a little because the more experience you get, the better you can grasp things.”

“Each one of those guys got to play quite a bit last year, especially Brown and Gunner Johnson,” said Crouch. “They all know what it is about and to have that experience back will only give the young quarterback more confidence. They are a solid group.”

The Bears have young but experienced depth in the backfield.

Sophomore Da’Marion Morris and junior Andy McDow shined late last season after both got moved up to varsity late in district play. Each brought a lot to the table and Crouch has certainly been pleased with their progress during summer workouts.

“They could be a really good 1-2 punch, Da’Marion has a lot of speed and will play receiver some too. Andy is one of those workhorse types, always fighting for those extra yards.”

“Brendon is definitely one of those go-to reliable guys and has tremendous hands,” said Crouch.

Morris, along with Carson Peet and Keaton Rives will also see plenty of time at receiver.

The LC-M secondary has several key components back in three-year all-district cornerback Ken’teon Champine and Peet, who made several huge plays in big moments for the Bears last season and Nicholas Granger will look to make an impact as well.

The defensive line should be sparked by Garcia, who made all-district, along with Brandyn Lebouef and Mickey Carrigan.

The linebacker group remains up in the air with several Bears scrapping for those starting slots.

“We’re looking for a few good men, as they say, to fill some key spots for us and we have a lot of confidence that they will grow and end up doing a good job for us,” said Crouch.

The kicking game will be led by the likes of Justin Rainey and Robby Wedel. Wedel kicked quite a bit for the Bears last season.