Dental Assisting one step closer to becoming a dentist 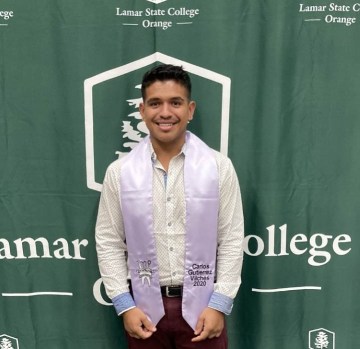 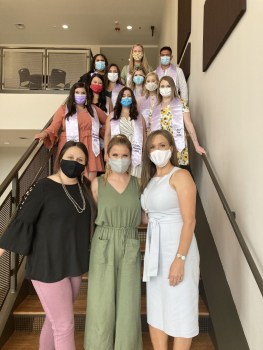 When Carlos Vilches was considering career options, he had an interest in becoming a dentist. While he pondered his options, he was concerned with the cost of college and what if he did not care for it once he got started. The answer to his dilemma was to start off as a Dental Assisting.

The option was not an easy one for him as cultural standards and a mental block of how others would view him.

“In the Hispanic culture, a male in nursing or dental assisting is rare,” Vilches said. “I had a mental block of how others would look at me.”

Once in the classroom, he said he did not experience the negative opinions he was concerned about.

“I actually attended so I could become a dentist and working towards dental school,” Vilches said. “I have a minor on business and taking my biology courses now.”

He described the course as competitive.

“It gave us an edge,” Vilches said. “I was not sure about a dental career at the time, but it really helped me understand and gave me the boost needed to go forward.”

“Carlos has been an outstanding student!” Director, Dental Assisting Program Colleen Baker said. “He received multiple job offers throughout his clinical rotations, took additional college courses while in the program.”

Vilches, who moved to the United States when he was in 7th grade, could not speak English at the time.

“None of my family could speak English,” Vilches said. “I had to learn to speak so I could order chicken nuggets or buy something at the store. I was intimidated because I could not communicate in English.”

Being bilingual has helped as he still translates for his family but has been able to help translate for patients.

“There are many patients who only speak Spanish,” Vilches said.

COVID through his graduating class a curve as they had to address clinicals and other hands on training.

“Clinical classes were online, so we were not using our hands,” Vilches said. “I am more of a hands on person. I would get mom to let me check on her.”

The Dental Assisting Program is competency-based and teaches the appropriate skills, knowledge, and perspectives needed to succeed within the dental assisting field. Students are given the opportunity to attain competence in oral and written communications as well as skills specific to the workplace.

Admissions requirements are that students be at least 18 years old and have a high school diplomas or a G.E.D. certificate. Students must pass a background check before entrance to the program is granted. Students in the program are waived from TSI requirements, according to lsco.edu.