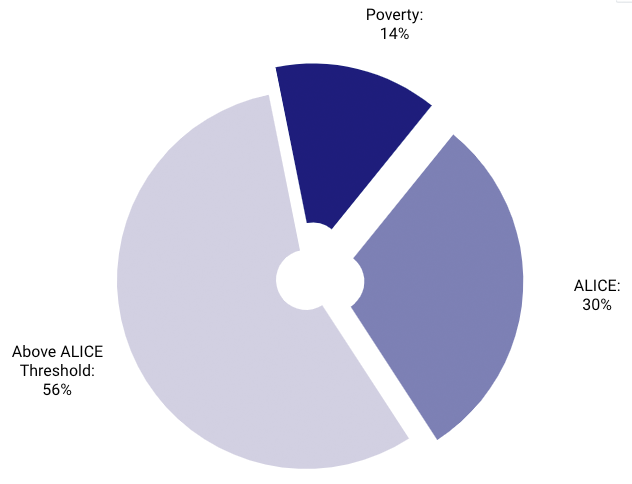 From 2010 to 2018, Texas showed steady economic improvements according to traditional measures. Unemployment in the state and across the U.S. fell to historic lows, GDP grew, and wages rose slightly. Yet in 2018, eight years after the end of the Great Recession, 44% of Texas’ 9,766,487 households still struggled to make ends meet. And while 14% of these households were living below the Federal Poverty Level (FPL), another 30% — more than twice as many — were ALICE households: Asset Limited, Income Constrained, Employed. These households earned above the FPL, but not enough to afford basic household necessities.

When COVID-19 hit, nearly 3 million Texas households were already one emergency away from financial ruin — a 10-year record high — setting the stage for the unprecedented economic impact of the crisis, according to the state’s latest ALICE Report, released today by United Ways of Texas, in partnership with United For ALICE. ALICE stands for Asset Limited, Income Constrained, Employed.

Over the last decade, low-income families in Texas systematically lost buying power and financial stability as the high cost of essentials outpaced wages, driving the number of ALICE households to rise 65% by 2018, the report shows.

“ALICE represents those individuals and families who are working — and yet struggling. They are basically one emergency away from a crisis. COVID-19 became that one universal emergency,” said Adrianna Cuellar Rojas, president and CEO of United Ways of Texas. “Our economy is increasingly reliant on ALICE, the ones facing the greatest health and financial risks today — as the workers who don’t have health insurance, have no paid sick days and whose children receive daily meals at school.”

Texas’ 9.8 million households in 2018, nearly 3 million were ALICE — a record number that were unable to afford the basics for survival, despite working. That’s in addition to the almost 1.4 million families who fall below the federal poverty level. While wages for ALICE workers remained largely stagnant, the cost of six essentials (housing, child care, food, transportation, health care and a basic smartphone plan) grew on average 3.4% annually over the past decade, in contrast to a rate of inflation of 1.8%.

As a result, ALICE households grew to account for 30% of Texas’ households in 2018, up from 21% in 2007. In contrast, poverty levels remained largely flat at about 14%. The new ALICE report shows that ALICE households were locked out of the boom economy and unable to establish savings due to minimal increases in pay and inconsistent job hours, schedules, and benefits.

“No matter how hard ALICE families work, the gap between their wages and the cost of basics just kept widening,” said Cuellar Rojas. “These already fragile ALICE households are now facing an even deeper financial hole due to the state of emergency created by COVID-19.”

ALICE in Texas: A Financial Hardship Study shows that in 2018, the average cost of survival across the state ranged annually from $22,320 for a single adult, to $25,392 for a senior citizen and $64,512 for a family of four with an infant and a preschooler. Putting these numbers in perspective, the median hourly wage for Retail Sales, the most common occupation in Texas, was $11.06, or $22,120 per year (less than the statewide average for even a single adult to make ends meet on a no-nonsense Survival Budget).

ALICE households often live in areas with limited community resources, making it even more difficult to make ends meet. The lack of some resources has immediate and direct costs. For example, without public transportation or nearby publicly funded preschools, ALICE families pay more for transportation and child care. Other costs, such as the consequences of limited access to health care providers, open space, or libraries, accumulate over time.

This mismatch between wages and costs is revealed by a new measurement debuting in this report, called the ALICE Essentials Index. This Index chronicles how the cost of housing, child care, food, transportation, health care and a smartphone plan rose at nearly twice the rate of inflation, as measured by the Consumer Price Index. The result is that in 2018, two parents working full time needed to earn $16.12 an hour in order to afford the Household Survival Budget for a family of four. That’s up from a wage of $10.88 an hour affording that budget in 2007. During the same period, the number of low-wage jobs grew by 62%.

“The ALICE Essentials Index shows that, through no fault of their own, ALICE families have been priced out of economic stability, setting the stage for the scope of this crisis,” said United For ALICE National Director Stephanie Hoopes, Ph.D. “Using the Consumer Price Index alone to measure inflation provides an incomplete picture of the cost of living, severely underestimating the mounting financial pressures on ALICE families.”

Cuellar Rojas recommends that the report’s findings be put in play immediately across the state to identify strategies and resources, both locally and statewide, to address the unique challenges that the COVID-19 pandemic has inflicted on ALICE families, as the impact of this pandemic on businesses and schools continues to play out.

The report calls for stakeholders across all sectors to use its findings to remove obstacles to financial stability, identify gaps in community resources and to build data-driven solutions to help ALICE families achieve economic stability, bolstering the state’s economy overall.

United Ways of Texas and United Way of Greater Houston are proud to sponsor the Texas ALICE report. The ALICE Report for Texas is a project of United For ALICE, a grassroots movement of some 650 United Ways in 21 states, corporations and foundations, all using the same methodology to document financial need. ALICE Reports provide county-by-county and town-level data, and analysis of how many households are struggling, including the obstacles ALICE households face on the road to financial independence. 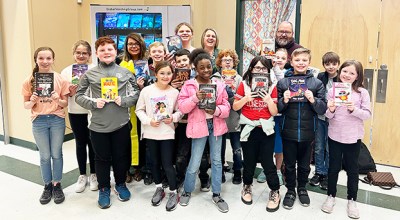