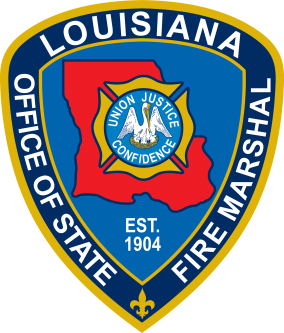 CALCASIEU PARISH- State Fire Marshal (SFM) deputies have determined a house fire in Starks, that claimed the life of the sole occupant, was likely accidental.

Around 7 a.m. on September 6, the Calcasieu Parish Ward 6 Fire Department responded to the 600 block of Highway 109 South in Starks for a report of a house fire. Firefighters later located the body of a 49-year-old male inside along with the remains of a dog.

The Calcasieu Parish Coroner’s Office conducted an autopsy to determine identification and official cause of death.

After assessing the scene and obtaining witness statements, SFM deputies determined the fire began in the home’s den area where the man was found. Investigators learned through those witness statements that the man was staying at the home to watch over it for the homeowners and was using candles for light due to the power outages resulting from Hurricane Laura.

The official cause remains undetermined at this time with the inability to rule out unattended candles.

State Fire Marshal Chief H. “Butch” Browning reminds all Louisiana residents to always keep candles within eyesight and to extinguish them when leaving or going to sleep the room where they are located. In addition, candles should be kept 3-5 feet away from combustibles and placed on a sturdy surface that is well-ventilated.