Bobcats look to claw ahead, starting with Lions 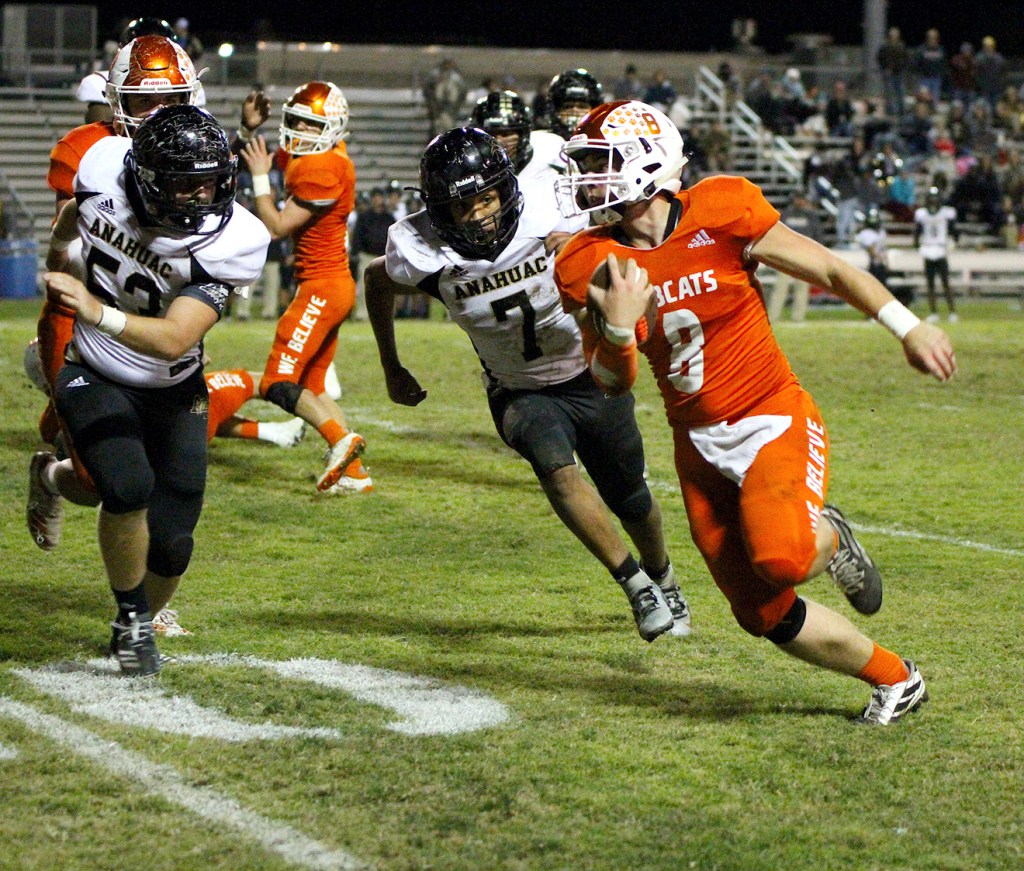 ORANGEFIELD – After matching a school-record nine wins last season, the Orangefield Bobcats will turn to a much younger team to navigate the Class 4A waters again and they will open up with a Class 4A team Friday night when they visit the Livingston Lions.

The Bobcats clawed their way to an impressive 9-2 mark last year in Class 3A Division I, now they are moving back up to Class 4A Division II, where they will rekindle some old rivalries against teams they were once accustomed to playing.

The Bobcats will now go up against neighborhood foes Bridge City, West Orange-Stark and also Silsbee, Hamshire-Fannett, Hardin-Jefferson and Liberty.

Long-time head coach Josh Smalley feels the Bobcats could be up for the 4A task again.

“In my first eight years here, the first six were in 4A and we made the playoffs five times,” said Smalley. “This time around the district is a little bigger and that makes each game count even more and I think our kids always love a challenge and they are looking forward to it.”

The Bobcats simply just want to play some football during different times, dealing with the Corona virus.

“It’s different for sure,” said Smalley. “We’re trying to make sure the kids get water and stay hydrated as much as possible. We go through temperature checks every day. We’re social distancing as much as possible on and off the field and in school. It’s a lot of changes for them, but they have shown up with great attitudes.”

The Bobcats return seven starters on offense with most of their offensive line back but must replace eight starters on defense.

“Our strength going in is on the offensive line and at quarterback with Gunner Jones,” said Smalley. “We need to replace some key offensive skill people. Defensively, we have just one back in the secondary and we have to replace all of our linebackers. We’re looking for some young guys to step in and perform. That’s why I wish we could have two scrimmages instead of one so we could get a look at some of our young guys a little more.”

Jones, a senior, is definitely an anchor at quarterback and will guide the Bobcat Slot-T Offense.

“Gunner came in and started the last half of his sophomore year and all year last year,” said Smalley. “He knows our offense up and down. He’s so important in our kicking game too, handling the extra-points, field goals and punting.”

In the backfield, fullback Hunter Ashworth returns with the most experience after he bruised his way to 462 yards and six touchdowns.

Tyler Washington, Dwight Davis, Macoy Marze and Brayden Babineaux will look to fit in nicely at tailback and halfback.

“We like our depth we have in the backfield, we just need to get those guys more experience and get them some carries on Friday nights,” said Smalley.

The offensive line should be stout. First team all-district selection Kyler Metts returns and is moving from tackle to center. Kyler will be joined by his twin brother Grant Metts along with Coby Coulter, who was a second team all-district pick last year, Cutler Hubbard, Dylan Whitman and Hunter Norwood.

Tight end Mason Sampson and receivers Logan Gipson and Quade Clark will look to haul in a few passes while blocking hard in the Bobcat running scheme.

The defensive line as a little experience led by Ashworth and Trever Jenkins with Coulter, Norwood and Whitman also looking to be a factor in the trenches.

The linebacker group will be inexperienced for sure but Smalley has confidence that they will learn on the fly and produce well.

The linebacker slots will likely be filled by Mars, Babineaux, Cameron Dischler and Clayton Westbrook.

Washington is the lone returning starter in the Bobcat secondary and looking to fill some big shoes in what was a strong secondary last season will be Davis, Cade Smith, Tyler Shearin and Evan Spears.

As usual, the Bobcats will be leaning on players to play offense and defense.

“We always have kids playing on both sides of the ball, we do our best to make sure they can step in and fill roles wherever we need them and they have been great doing that over the years,” said Smalley.

“There are going to be big battles every week and you better be ready to bring everything you’ve got,” said Smalley. “We already have two teams in WO-S and Silsbee that are both ranked in the top 10 in the state and everyone knows their history of late. Bridge City has a lot of kids out and you know they will be ready to compete, being the largest school in the district. Hamshire-Fannett continues to get better each year after tasting the playoffs. Coach (Dwayne) DuBois will get Hardin-Jefferson moving up and Liberty didn’t make it last year but they are just two years removed from 11 wins I think.”

Smalley would love to see the Bobcats enter the 4A ranks again and join the postseason fray again.

“We’ve got plenty of things to focus on but I really like where the kids are now,” said Smalley. “It could be a very different season with this Corona virus situation, we just need to keep improving and look to get better each week before district starts.”