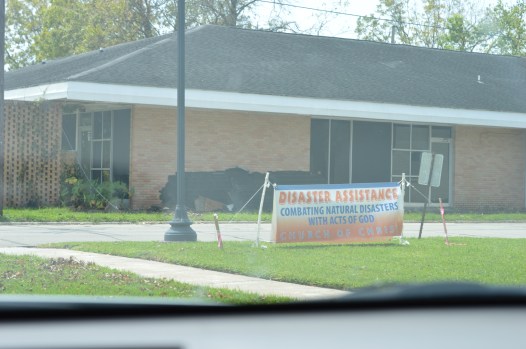 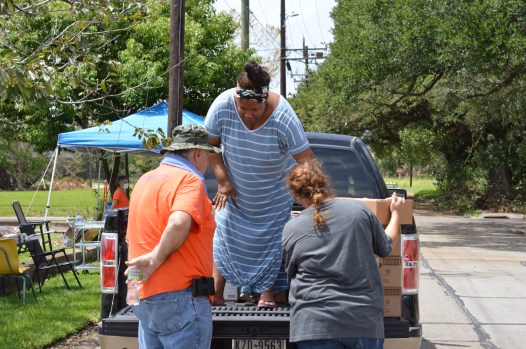 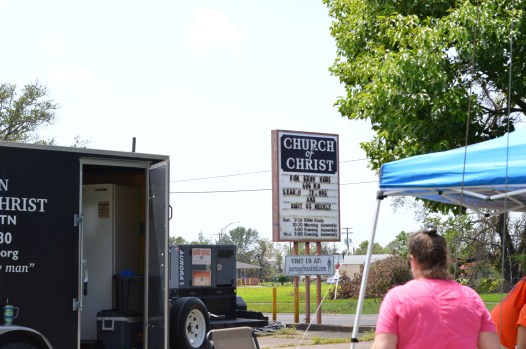 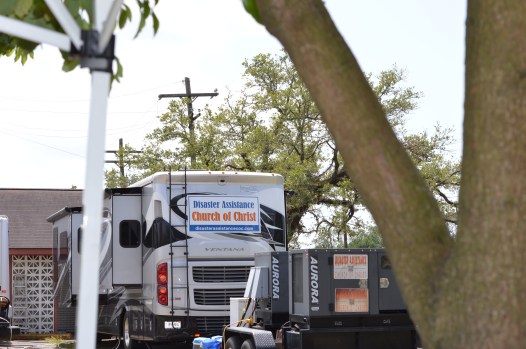 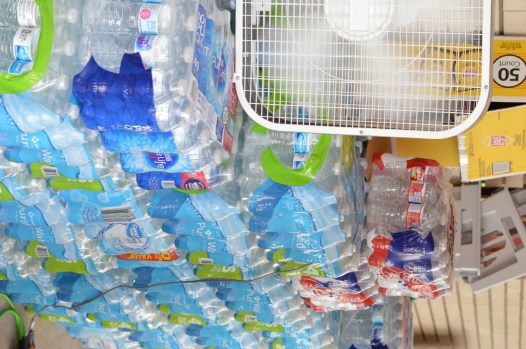 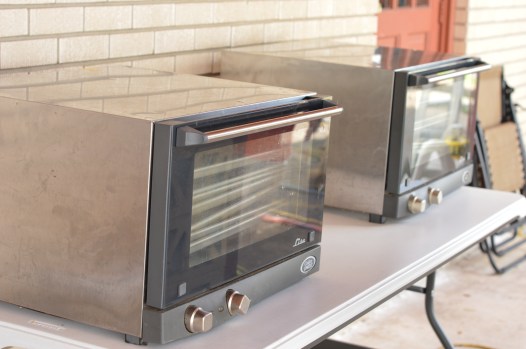 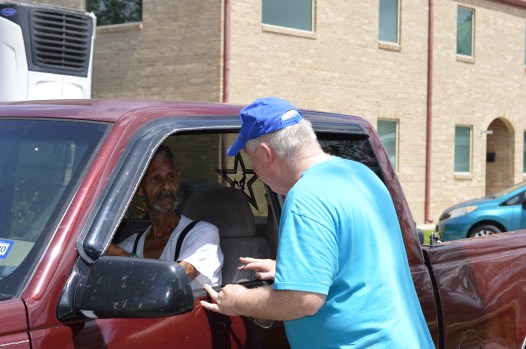 Dawn Burleigh/Orange Leader Don Miller prayers with a resident on Wednesday as Disaster Assistance Church of Christ hands out lunches to those in need following Hurricane Laura. 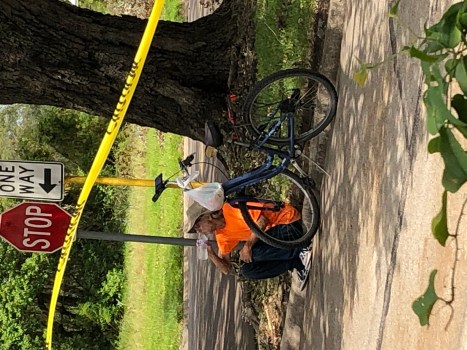 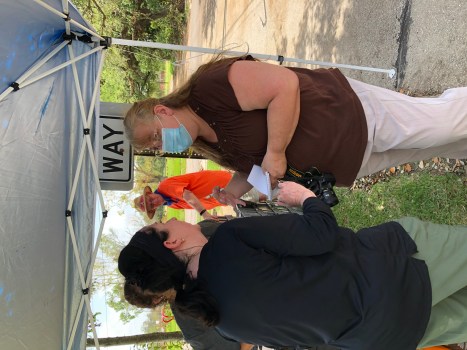 It began with a man wanting to help during the aftermath of Hurricane Katrina in New Orleans in 2005. After two years of volunteering, Mike Baumgartner started Disaster Assistance Church of Christ. Baumgartner, of Indiana, travels the country organizing meals and donation centers in areas struck by natural disasters such as Hurricane Laura which took out the power to the majority of Orange County on August 27. Many were still waiting for electricity on Thursday.

Set up at 9th and Elm Church of Christ located at the corner of 9th and Elm in Orange, volunteers from Orange, Tennessee, Indiana, Alabama and more were making lunches and delivering some in the neighborhood near the church and as far away as Lake Charles which was severely damaged in the storm.

Volunteers cooked over 900 burritos on Tuesday and made even more sandwiches on Wednesday. The group served 3,570 meals from Orange to Lake Charles on Tuesday. Those in need were not only served food but also bible study material and an opportunity to prayer with one of the churches deacons, if they choose.

Evie DiLeo, along with her husband, Kevin, of Orange, were helping hand out nourishment to residents.

“Before I left to come here, a lady gave a monetary donation to be used for diapers,” Gloria Harrington of Alabama said. Another church brought cleaning supplies to assist.

Jodie Cates, owner of Jumping Bean, described the volunteers as people ‘with hearts of gold’.

Mike Baumgartner, President and CEO of Disaster Assistance Church of Christ, said this was his first time in Orange. Although, he won’t be able to see the city while he is here as he is on the phone organizing kitchens and donations to keep the ministry moving forward so it can help as many as possible.

“I had just finished up a summer type job when Hurricane Katrina struck,” Baumgartner said. “I checked to see if I could volunteer. Two years later, in 2008, I started this organization.”

He said he never knows when he will make it home.

“After Hurricane Michael, I was gone almost a year,” Baumgartner said. “I could be gone a couple of months at a time or longer.”

As a non-profit, the organization relies on donations to help those in need following natural disasters.

“My suppliers are raising their prices again. Our cost per meal is more than double what it was last year,” Baumgartner wrote on a blog for the organization.

To make a donation, visit disasterassistancecoc.com  or mail a check to:

The Elders of the Lake Jackson Church of Christ, of Lake Jackson, Texas, review all donations and expenses of this mission work. A receipt for tax purpose will be provided in needed.