Burris, Cowtown Charters has been a great resource 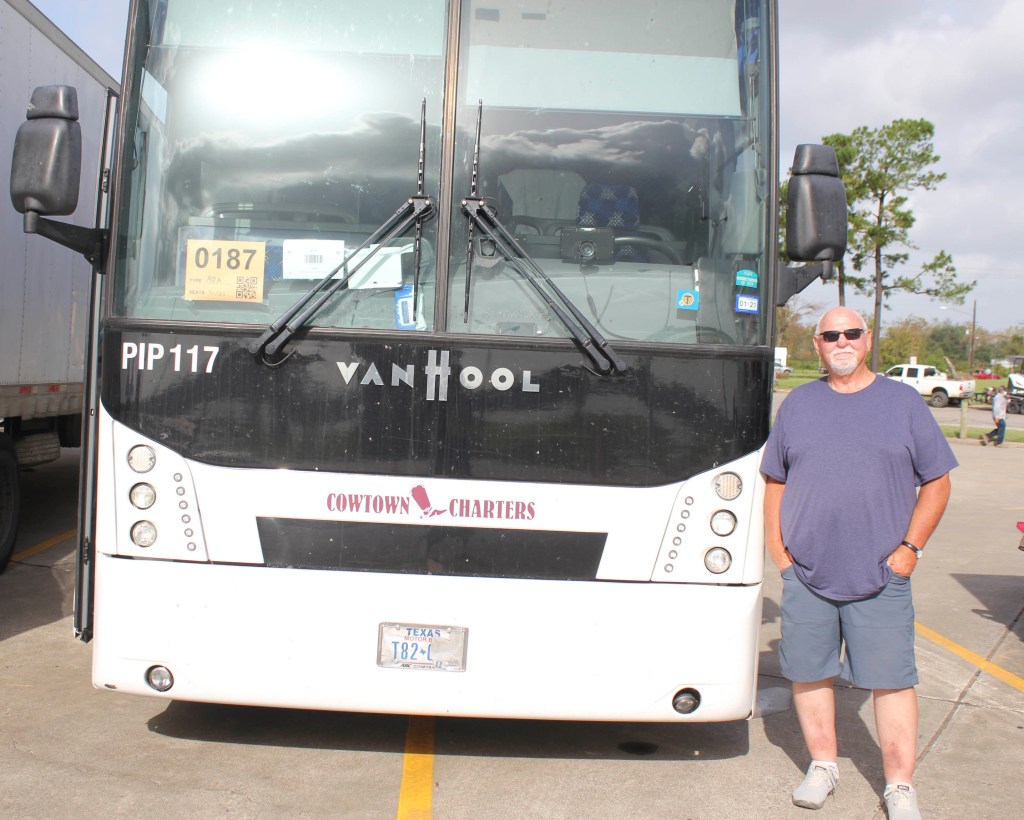 When a natural disaster comes calling, like in the case of Hurricane Laura, people across the damaged area rely on so many outside services for help.

Folks that can bring in food, water and all kinds of supply.

Then there is the other end of the spectrum, as in the case of Cowtown Charters.

Cowtown Charters has served the Southeast Texas region well, getting people to and from shelters as far away as San Antonio.

Rick Burris, who has been with the company for several years, was one of them that made sure people from the Beaumont, Port and Orange area got out of the storm’s path.

He took a lot of them to safe shelter and has returned a bunch of them back home.

“We’re based in the Dallas/Fort Worth area,” said Burris. “We have close to 28 buses and we’ve utilized about 15 of them, going back and forth to get people out of harm’s way.”

Cowtown Charters and Burris were also busy when Hurricane Harvey ravaged the Houston area back in 2017.

Helping people out is what it is all about and Burris was glad to help the people of Orange and Jefferson County in a tough situation.

“It feels really great to help people the best you can and give them some sort of relief that they will be safe and that we have their backs,” said Burris. “Situations like this is always tough. I feel blessed that I have a safe and secure place to go back too while a lot of these people will be in a rebuilding process for awhile. We don’t care about getting a pat on the back, we just do our best to provide people some positivity and we’re here to help.”

Burris said the charter business has suffered a great deal as well in recent years.

“So many people travel by air and train and other means of transportation so much more these days,” said Burris. “The charter bus business as taken a hit of late with many of them having to shut down. A lot of funds go to air and train transportation and we rarely see that. We, though, are going to keep motoring a long the best we can. It’s instances like this where our industry is greatly needed and I hope our industry can get some help down the line.”

Burris’ business in the Orange area is far from done. His bus is stationed at the POD (Point of Distribution) located off of Simmons Drive, where the National Guard has been busy distributing food, drinks and other assorted items for the people of Orange County.

Burris’ bus is being utilized as a “cooling station” for the National Guard members, so they can cool off and rest and eat.

“I tell you, these men and women have really been going at it hard,” said Burris. “The lines have been so long at times, but they are a well-oiled machine. There are certainly a lot to be proud of and I’m here to basically provide them a some brief relief before they get back into it.”

Burris definitely loves what he does.

“I worked at a Sam’s Club for 18 years and it was basically an inside-the-building type of job,” said Burris. “Driving and seeing new places and meeting new people has been awesome. Doing it during this is not the ideal trips that we are use to making, but it is very worthwhile and we’re happy to do it.”