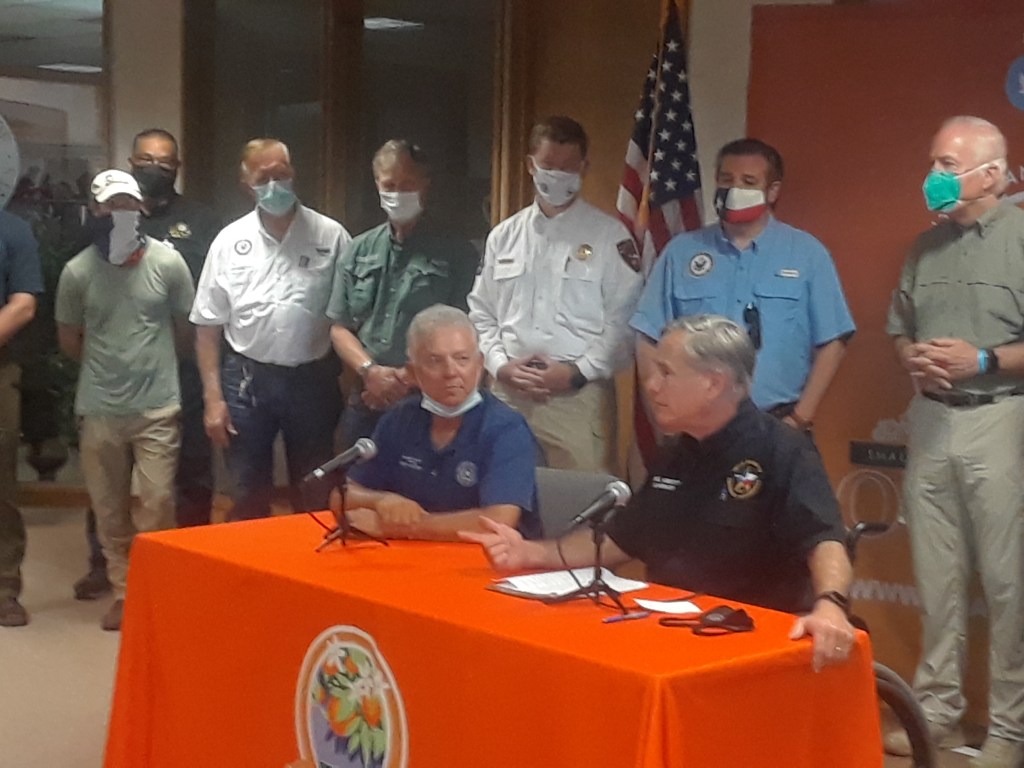 Abbott, along with national, state, regional and local officials briefed reporters on a range of subjects at Orange City Hall Thursday afternoon. One sentiment ran through the comments of all on hand: It could have been much worse.

“We were anticipating… a storm surge that could have easily exceeded ten feet. I was told earlier that the storm surge was about three feet,” Abbott said. “And that seven-foot differential means all the difference.”

The governor did note, however, that during his tour of Laura’s damage, the worst destruction he saw was in Orange.

Abbott and Orange County Judge John Gothia said that with the exception of one unconfirmed case in Sabine County, there have been no deaths reported so far in the wake of the storm.

Abbot went on to assure those with damaged property and businesses that officials are committed to helping them to rebuild. The effort is already in motion, said Abbott, who told President Trump that he had never seen a disaster response as quick as that of the administration and FEMA.

For those who evacuated, TxDOT confirmed Interstate-10 is open for travelers as of today. For those who left on transport provided by local agencies, officials said that once communities have the okay, the exact process used for leaving the region will be done in reverse.

Officials say that agencies made a coordinated effort to stop COVID-19 spread during the evacuation by housing families in hotel rooms, providing PPE and sanitizer and by testing those in congregant shelters.

Abbott said, “For the next 24-48 hours. We continue to assess if lives are at risk, then get to clearing roads and then restoring power.”

Finally, the governor urged Orange County residents to wait for the “all clear” from regional authorities before returning to assess damages.