Charles among honorees for UT Athletics Hall of Honor 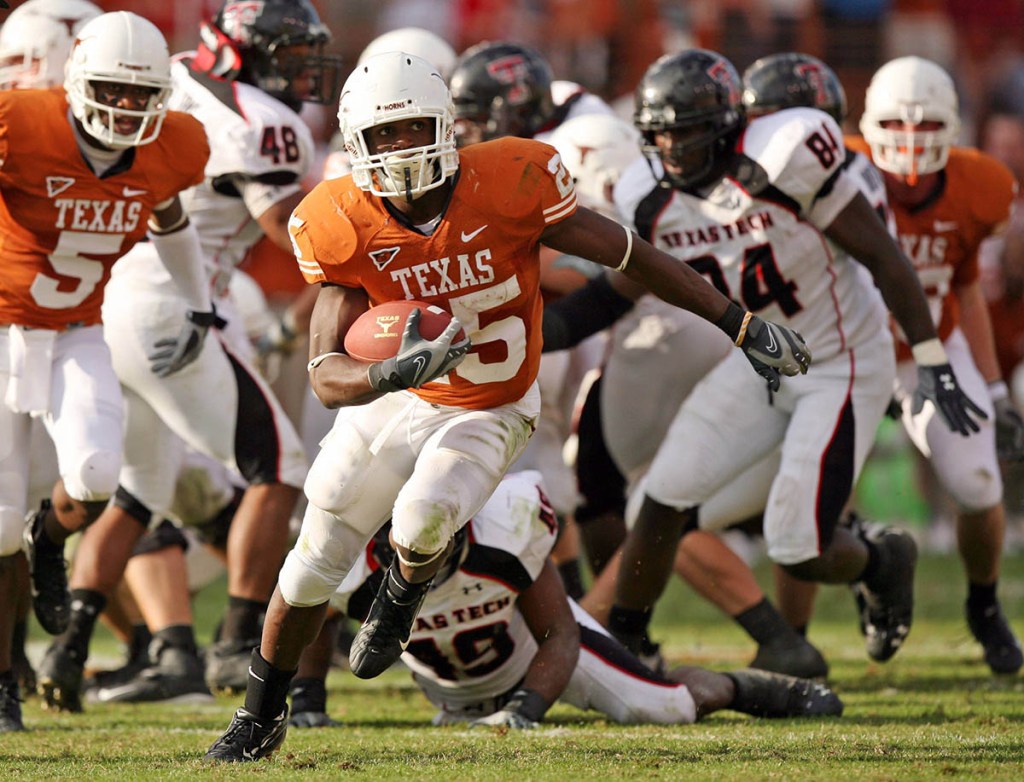 Plans for the induction ceremony have not yet been set, but the university announced the classes for the Men’s and Women’s Halls of Honor on Wednesday (Aug. 26).

Charles lettered three years in football (2005-07) and two years in track and field (2006-07). The 2005 Memorial High School graduate was named All-Big 12 in football all three seasons and won at least 10 games each season, finishing his freshman season with a national championship.

The running back was named 2005 Big 12 Offensive Freshman of the Year and finished his career with 3,328 yards (fourth all-time) and 36 touchdowns (fifth all-time) on 533 carries. He also caught 49 passes for 539 yards and three touchdowns.

Charles spent 11 seasons in the NFL, mostly with the Kansas City Chiefs. His 5.4 yards per carry ranked first among active players at the time of his retirement following the 2018 season and is fourth all-time. He rushed for 7,563 yards in his career.

Augustin completed his 12th NBA season as a member of the Orlando Magic. He helped the Longhorns reach the NCAA Elite Eight in his second season (2007-08).

Tucker played with the Longhorns from 2003-06 and is presently competing with the Houston Rockets in the NBA playoffs.

Other upcoming Hall of Honor inductees include: