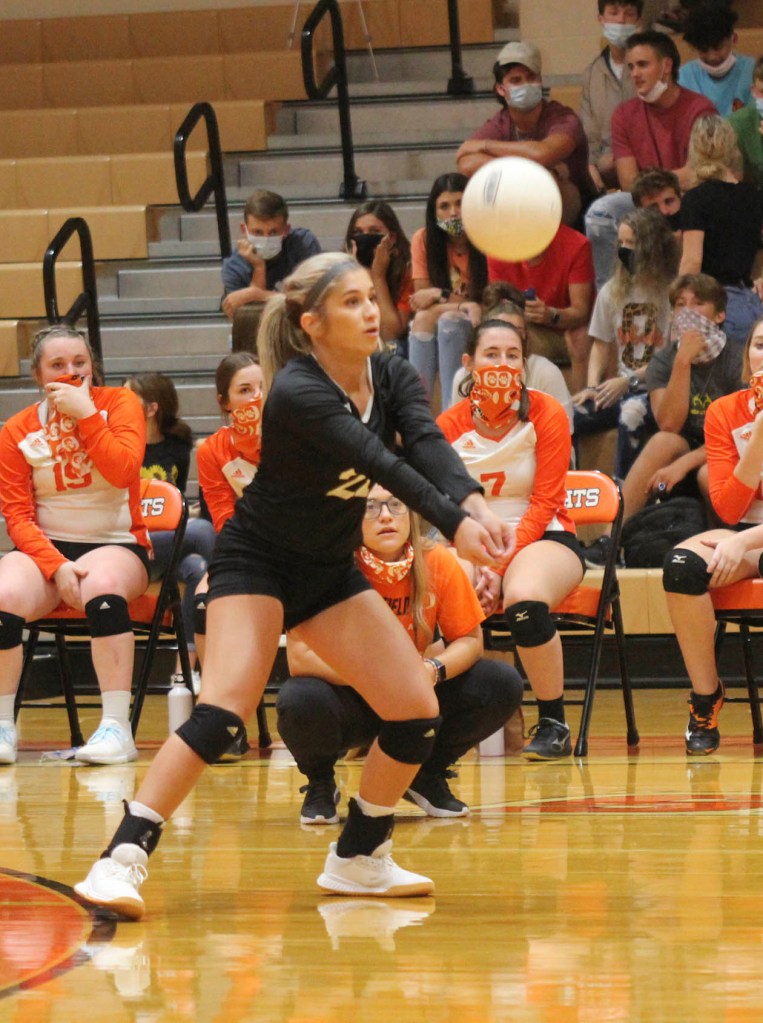 The Lady Bobcats piled up a whopping 18 aces with their service game and scored 49 points off of it.

Spurger really had no answer for when Lady Bobcat Faith Burnette was serving as she finished with a stunning 20 service points to go along with a match-high six aces.

The Lady Bobcats (2-2) also finished with 29 kills while Spurger had just six.

Ashleigh Wood led Spurger with six points while Faith Norsworthy had five points and an ace.

Norsworthy paced Spurger with two kills while Wood, Katy Curry, Alexis Drake and Ella Hatton had one each.

Spurger kept in close in Game One for awhile, trailing 20-15, but the Lady Bobcats reeled off the last five points.

Behind Burnette’s serving, the Lady Bobcats darted out to a commanding 7-0 lead in Game Two and eventually led by double digits the rest of the way.

The Lady Bobcats went on a 10-2 tear in the middle of Game Three to pull away for the sweep.

The Lady Bobcats will visit Woodville Saturday and will host Deweyville Tuesday.