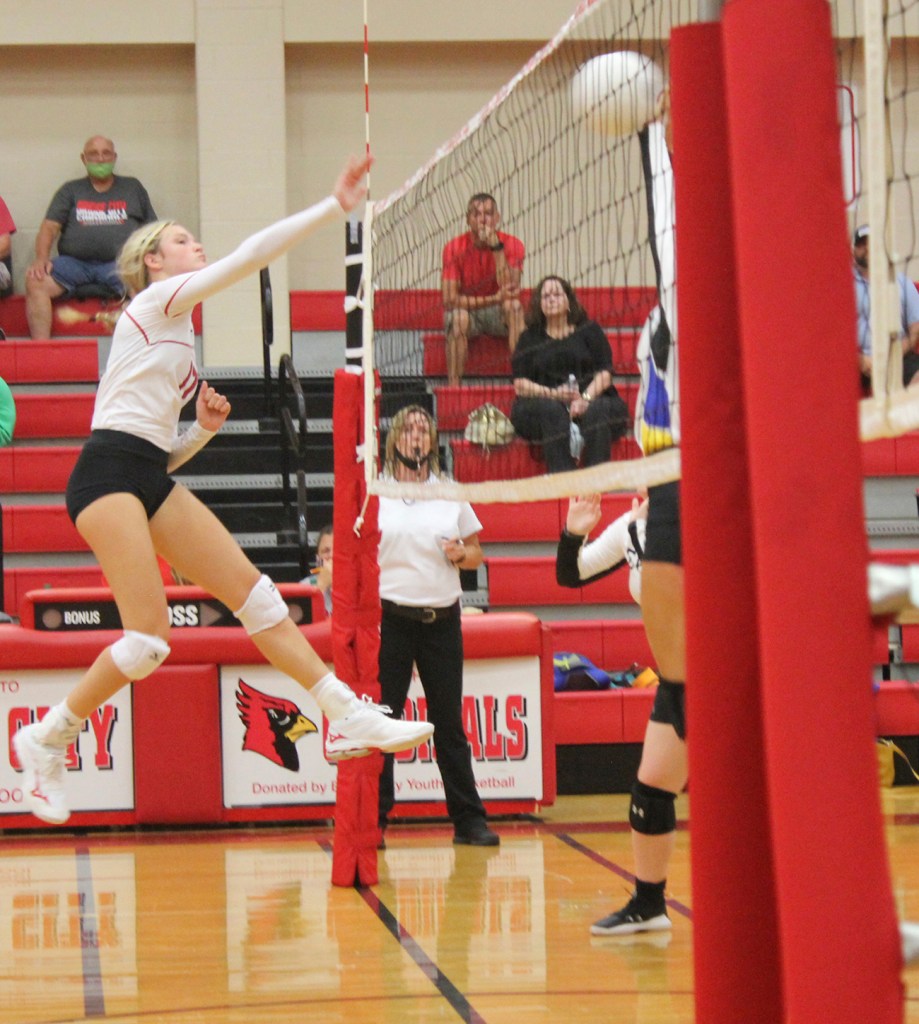 Van Wade/Orange Leader Bridge City's Daelyn Perry goes up for one of her 14 kills against Evadale.

They may not be a team with a great amount of depth but the Bridge City Lady Cardinals will be a “scary” team to face by the time district rolls around.

The Lady Cardinals got off to a nice start to their season Tuesday evening by rolling past the Evadale Lady Rebels 25-19, 25-12, 25-18 at Cardinal Gym.

Long-time head coach Becca Peveto’s young “chirpers” could have a nice season in store, despite sporting just one senior.

The best thing about the squad, all nine of them bring plenty to the table.

The Lady Cardinals have such a potent attack at the net in sophomores Taryn Doiron and Daelyn Perry, along with junior Harlee Tupper.

Those three are still young, but the experience they got last year is certainly paying dividends. The Lady Cardinals don’t just have one go-to hitter, they have three, plus freshman Demi Carter looks like she could blend in well with the group too.

Against Evadale, Perry and Tupper led the way with 14 kills apiece while Doiron had 10 and Carter seven.

The Lady Cardinals crushed the Lady Rebels at the net, finishing with 51 kills while Evadale had just 10.

Kinzi Nolan had seven points. Chelsea Pattarozzi had five points and two aces while Docia Williams and Tessa Hollyfield each had four points and an ace.

The Lady Cardinals will look to continue their winning ways Friday when they face old district rival Hardin-Jefferson on the road.