OP-Ed: THE IDLE AMERICAN – An opener like no other 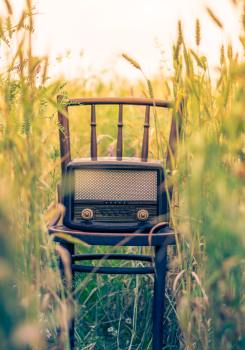 They tried ever so hard to make major league baseball’s opening day seem as normal as possible, for the radio listener or TV viewer anyway.

Globe Life Field in Arlington–the $1.2 billion enclosed structure barely completed for the scheduled home opener in March–languished for almost four months. When it finally opened, fans were denied admission. So, it was up to “describers” behind microphones and cameras to showcase the goings on of the delayed first game.

We fans in radio and TV land had to settle for “virtual.” Do things get much more “virtual” than Governor Greg Abbott’s ceremonial first pitch in Austin winding up in a catcher’s mitt a couple of hundred miles away?

“All” of this for radio and TV fans, since the only “live folks” at the stadium were players, game officials, emergency personnel, stadium employees, media reps and camera guys. Wayda minute! There were three fans who were special guests of the Ranger organization.

The trio included Dr. and Mrs. Jim Hilliard as well as their son Samuel’s fiancé.

Sam, 26, grew up in Mansfield and is left fielder for the Colorado Rockies. Growing up, he attended dozens of Ranger games with his dad, who was diagnosed with ALS (Lou Gehrig’s Disease) two years ago. The trio was invited to attend all five games, including the two preliminary exhibitions. Their highlight was seeing Sam make a sliding catch in left field in the season opener.

Kudos to Rangers’ brass for welcoming these special guests.

Now, about the organ music from Abilene. Dustin Tatro’s music had to travel even further than the governor’s opening pitch.

Thanks to technology, the 26-year-old EMT and organist “played the pipes” as he does each Sunday at St. Paul United Methodist Church.

He provided some 500 baseball melodies, sending them to that mysterious cloud “storage bin” in the sky. So, when music is called for, Morgan and the Fox Sports guys can extract it from the cloud in a few button-pushing seconds. (He’ll commute from Abilene for “live” play when fans are allowed to attend.)

He doesn’t regret it.

“At least I made it to the majors, even if as an organist,” he joked.

Too bad Gordon McLendon, “the old Scotsman,” isn’t still around to toss in ideas about techniques for broadcasting games “in absentia.”

For about a decade in the 1940s and 1950s, he depended on a partner transmitting data from major league parks via teletype. Up to 400 radio stations linked to his Liberty Broadcasting System carried the games.

Generally, his techniques worked well.  If foul-ups occurred, McLendon concocted yarns, such as repeated foul balls, players taking extra time outside the batter’s box and sometimes “rain delays,” despite cloudless skies on the sunniest of days.

We yearn for such sunny days. And seeing a sparkling new ballpark where the thermostat doesn’t vary from 72 degrees.  And providing real cheering sounds for what is happening in real time.  Let’s hope that soon there’ll be “walk ins” by fans and “walk offs” by Rangers.

I miss the peanuts, but don’t remember ballpark Cracker Jacks.

Yes, it will be special to be present.  I believe players are truthful in saying they really do miss fans. If pressed, even umpires might make the same admission. They’ve developed thick skin, generally subscribing to the theory that “sticks and stones may break their bones, but words will never harm them.” (This adage predates umpires, first appearing in print almost two centuries ago, but that’s another story.) 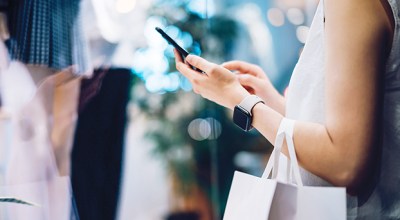 HEALTHY LIVING — Here is how your tech addiction is harming you