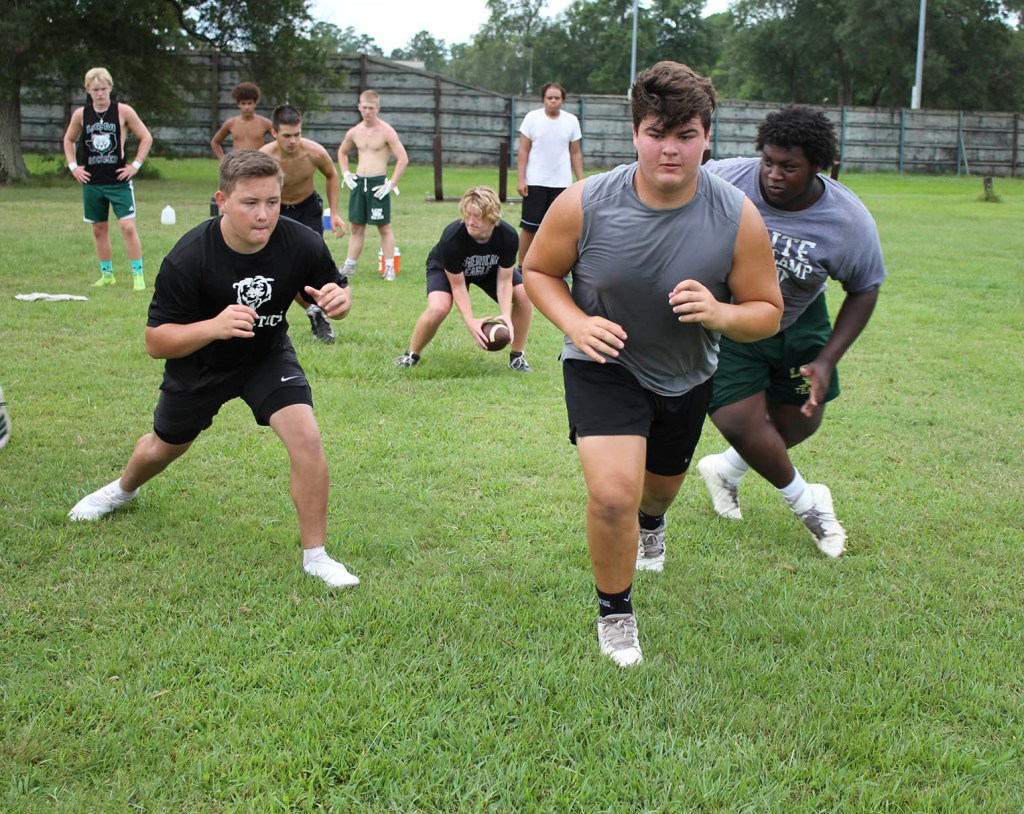 Local high schools from Class 4A-and-under will get to start football practice Monday while 6A-5A will have to wait as schools, coaches and players will not only be battling the salty August heat, but the COVID-19 virus as well this season.

That does mean that all of the Orange County schools will be hitting the practice field Monday.

The Mustangs will report to practice Monday at 8 a.m. and will meet in the baseball stands for a meeting. They will run the stands and hit the weightroom before hitting the practice field.

The Mustangs will have their media day for their football program and mugshots on Saturday, Aug. 8 at 9 a.m.

WO-S will open its 2020 campaign as of now, Sept. 4 on the road at LC-M. The Mustangs had a game scheduled at home with Nederland Aug. 28 but the Bulldogs can not play due to being in 5A so the Mustangs will face 4A Division I powerhouse Waco LaVega that day at Madisonville High School in a neutral site game.

The Little Cypress-Mauriceville Battlin’ Bears have made the postseason six out of the last seven years and the program snagged its first playoff win since 1997 last season when they rolled past Stafford 48-21 in a bidistrict romp.

Coach Randy Crouch welcomes seven starters back on each side of the ball as they will look to better last season’s 6-5 mark and 3-2 district record.

LC-M players 10th through 12th grade will report to the fieldhouse at 7 a.m. Monday while ninth graders report at 8 a.m.

The Bridge City Cardinals will look to fly into the playoffs again this year as the program is going from 4A Division I down to 4A Division II after Coach Allen DeShazo and staff led them to the postseason last year.

The Cardinals will report to practice at between 4 p.m.-4:15 p.m. Monday and will hit the field as fast as they can.

The Orangefield Bobcats will look to punch in yet another playoff ticket this season as they have moved back up to 4A Division II after competing in 3A Division I.