Coach Thacker is one of a kind with a big heart 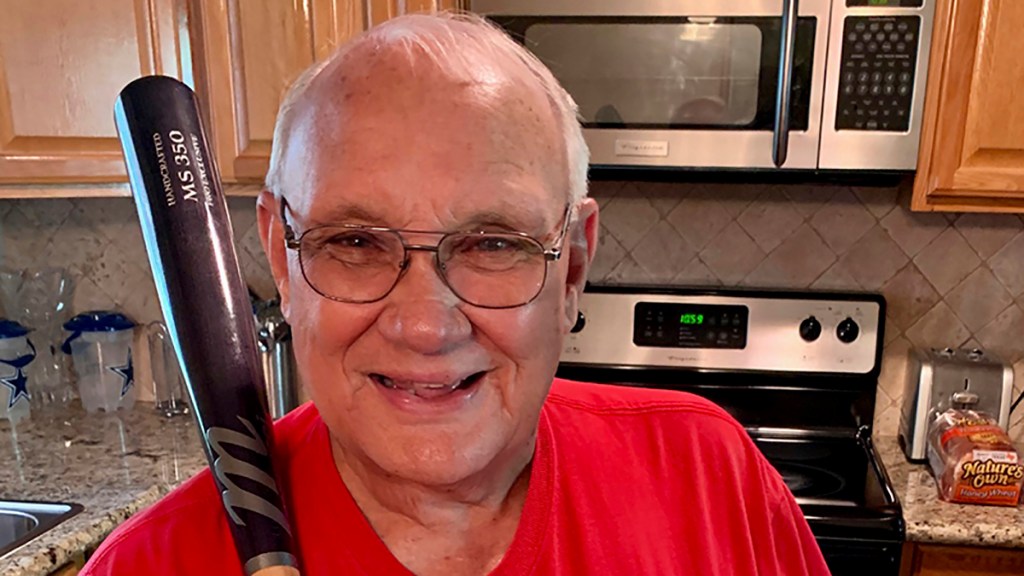 One-armed kid Dwight Thacker drew cheers from peers and adults alike growing up on Nederland baseball fields. Years went by and the roles were reversed. The one-armed man was exhorting Bridge City youngsters to give it their best, whether in football, basketball or track.

“I loved my work,” Thacker said as he reflected on his career while looking through a scrapbook full of memories. “It was like getting paid to play.”

Thacker was hired for a junior high position by Coach H.W. (Chief) Wilson in 1968. Five more athletic directors were to succeed Wilson during Thacker’s 37-year tenure.

“Several wanted me to move up,” he relates, “but my heart has always been with the younger kids.”

It remains that way today, 20 years into retirement.

Thacker said his role was not unlike that of friend Jack Lynch, whose sole coaching assignment in Nederland was at C.O. Wilson Middle School.

Dwight laughed again as he recalls hearing arguments about which one of the two hollered the loudest.

In addition to sports, Thacker also touched the lives of students as a driver’s ed instructor, this time in a soft, coaxing voice.

Thacker, now 76, had just turned six on the dreadful day he became entangled with tractor blades.

Taking a ride with his brother Roland on the family cow pasture, Dwight recounted the accident on a recent Facebook post. Before his father could stop the tractor, his whole body was thrown into the blades, severing his left arm just above the elbow and cutting off half a big toe.

“The dragging actually saved my life because it crammed so much grass into the wound that it kept me from bleeding to death, ” he said.

After two weeks in the hospital, young Dwight walked into his first grade classroom at Langham Elementary, his mother having buttoned his shirtsleeve below the nub.

He credits her faith-filled guidance for his action-packed boyhood — hunting, fishing, swimming and starring as a Little League pitcher and Babe Ruth League hitter (.610 average as a 14-year-old in 1958).

Dwight said his mother’s influence gave him the confidence that he could do anything he set his mind to. It was a conviction that has stood the test of time.

He has been a positive influence for thousands of young people and the entire community. A member of the Community Church in Orange, Thacker leads Bible study groups for youth groups in Bridge City and Orangefield.

He’s also been involved in a prison ministry for youth offenders since retirement in 2005 and stays connected to Cardinal football as the stadium public address announcer.

Thacker, a neighborhood friend Robert Albritton and several other Bulldog exes, were involved with softball and football intramural sports while attending Lamar. He received a degree in history and physical education, and a master’s in education at McNeese.

Dwight and brothers Roland and Gary, both deceased, played on all three of Nederland’s state finalist football teams. Gary was a fullback in 1956 and 1957, Roland a tackle in 1957, and Dwight a barefoot PAT and field goal kicker when the Bulldogs returned to the title game in 1961.

He has one surviving brother, Jimmy, in Orange, sisters Sheila Burt of Groves and June Trahan of Central Gardens, two grandsons and numerous nieces and nephews. It’s a mix that makes for some large family gatherings, especially during the holidays.