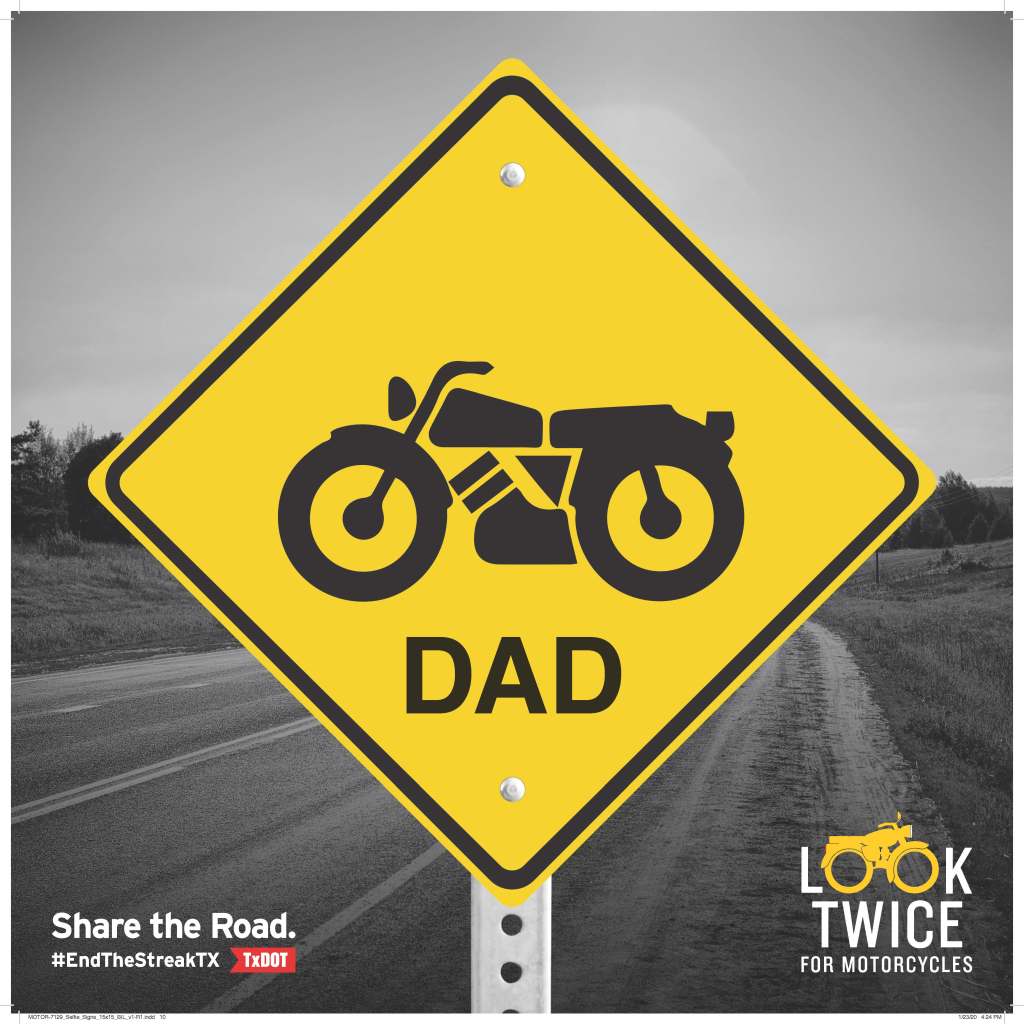 AUSTIN ­– On average, one motorcyclist dies every day on Texas roads, and transportation officals are urging Texans to exercise caution and limit distractions  while on the road, as traffic increases during the summer months.

The Texas Department of Transportation’s annual “Share the Road: Look Twice for Motorcycles” campaign, which begins this month, aims to alert drivers to the risks that motorcyclists face and suggests safety precautions motorists can take to protect motorcyclists and themselves. The campaign reminds drivers that motorcycles are small and can be hard to see. In 2019, 412 motorcyclists were killed in Texas, and more than 1,800 were seriously injured.

“The six-month period from May through October is the deadliest for motorcycle riders and accounted for 61 percent of motorcycle fatalities in Texas last year,” said TxDOT Executive Director James Bass. “That’s why we are urging drivers to Look Twice for Motorcycles-there’s a life riding on it.”

Safety experts say that crashes between motorcyclists and drivers often occur when drivers make left turns in front of an oncoming motorcyclist, misjudging the distance and speed of the motorcycle. Last year, 30 percent of Texas motorcycle fatalities occurred in an intersection or were intersection-related.

The “Share the Road: Look Twice for Motorcycles” campaign is a key component of #EndTheStreakTX, a broader social media and word-of-mouth effort that encourages drivers to make safer choices while behind the wheel, like wearing a seat belt, driving the speed limit, never texting and driving and never driving under the influence of alcohol or other drugs.  Nov. 7, 2000 was the last deathless day on Texas roadways. #EndTheStreakTX asks all Texans to commit to driving safely to help end the streak of daily deaths on Texas roadways.

The information contained in this report represents reportable data collected from the Texas Peace Officer’s Crash Report (CR-3). This information was received and processed by the department as of June 6, 2020.