Op-Ed: The Left vs. The Right: Individualism and Wearing Masks 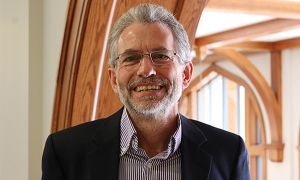 President John F. Kennedy’s 1961 quote requires no citation for those in my age bracket. These are, in fact, the only words from any inaugural speech over my lifetime that I can recall. Yet when I think about them, I shake my head in wonderment. They are totally out of touch with the 21st century American mind.

Geert Hofstede’s international research from the 1970s and 1980s found that the United States scored as the very highest culture on the dimension of individualism. Although other English-speaking western countries also score high, the United States owns the distinction of being the most individualistic culture in the world.

As such, we are regularly inundated with messages of our “me” culture. In our thinking, the best government is the one that lets us individually decide how to behave, regardless of how our individual choices might impact those around us.

On the Left, this has shown itself on the issue of abortion. The Left argues that the government has no right to tell us how we can treat the most vulnerable humans. The individual goals and motivations of adult decision makers are put ahead of the basic protection of life of those who are 100% vulnerable.

The Left accuses the Right of not being consistent in its pro-life position, because it isn’t willing to support additional federal programs to fund the rearing of these little ones. I find such arguments wanting, given the extent of existing federal and state programs, and the many cases I have observed of conservatives backing up their rhetoric. In my small church, I have seen many instances of cross-racial and cross-cultural adoptions and long-term foster care. I have seen many cases of an active diaconal involvement supporting short-term and long-term needs.

Granted, there have been evolving recommendations and even mixed signals about the use of masks. People disagree, and much of the debate and data are confusing. Internet sources are all over the place. The current scientific evidence, however, suggests that wearing a mask in July 2020 reduces the likelihood of infecting people with whom we come in contact. This is (for now) the current CDC position: We do not wear masks to protect ourselves; we wear masks to protect the lives of others.

When we argue that the government has no right to regulate the wearing of masks, we are falling into the same trap of extreme American individualism, as those who support abortion. We are so concerned about our own comfort and lifestyle that we are not willing to take a step that protects the lives of those around us.

When we ask what we can do for our country, the most basic response is that of honoring the life and health of those around us. I pray that I never act in such a way that I cause another to face life-threatening consequences. Likewise, I pray that I never fail to act in such a way that would positively contribute to the well-being of others. My prayer and desire is that I seek the well-being of others, and not ask my country to serve my own unconstrained individualism.

Dr. Gary L. Welton is assistant dean for institutional assessment, professor of psychology at Grove City College, and a contributor to the Institute for Faith & Freedom. He is a recipient of a major research grant from the Templeton Foundation to investigate positive youth development.