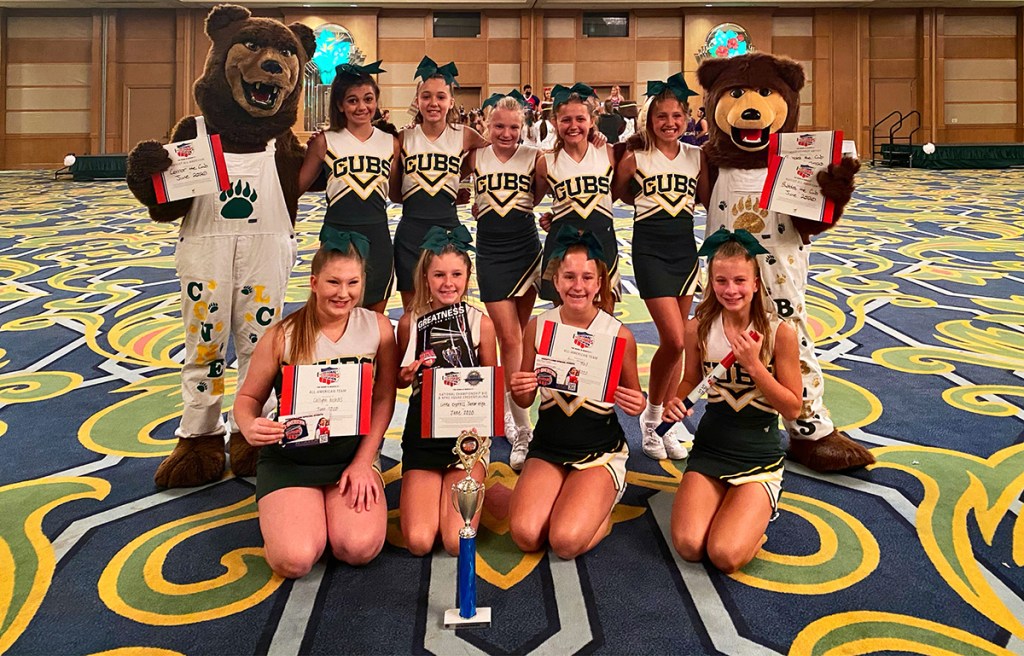 The Little Cypress Junior High Cheer Team came back from camp last week with several awards. They received the spirit stick every night, won superior ribbons for both evaluations, and received both the Crowd Involvement and the Herkie Team awards.

Both mascots, Madison McConnell and Ella Stephenson were named All Americans.

The Cheer Coach is Mallory Blanton.