Lighting for MacArthur discussed after death of bicyclist 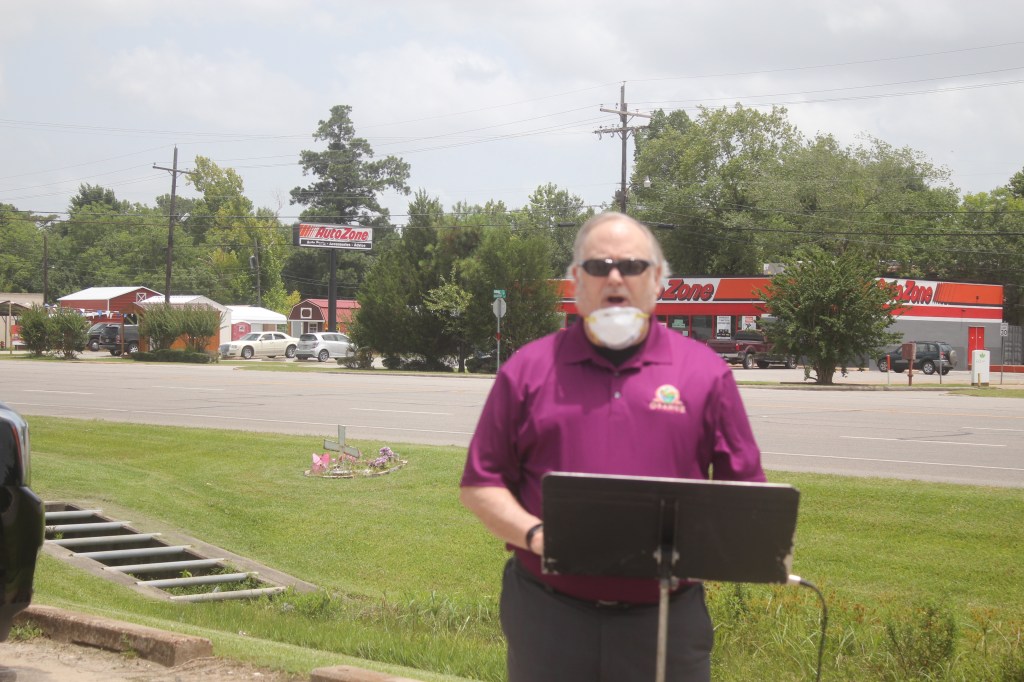 Dawn Burleigh/Orange Leader Orange City Mayor ProTem Patrick Pullen stands near the site of a wreck which claimed the life of a mother and daughter in 2015 as he asks residents to contact state leaders to help bring lighting to MacArthur Drive to end the fatalities on the road.

“If this road was a person, it would have six life sentences,” Pullen began. “If we still had the death penalty…”

Illumination for the area has been a hot topic for years as motorists have struck and killed pedestrians and now a bicyclist in the road.

Pullen spoke of each fatality that has occurred on the road and the common denominators for each incident.

“Common denominator for each one was error of those killed and the time of the incidents were hours of darkness,” Pullen said. “As far as I could find, there have been zero fatalities on the road during daytime hours. That tells me that proper lighting all or some of these could have been avoided.”

Davis Paul Foreman Sr, 72, was struck by a car as he rode his bicycle at the 1900 block of MacArthur Drive on June 22, 2020. He was taken to the hospital and later succumbed to his injuries.

Loleecia Hughey, 2, was killed when a vehicle hit her Nov. 23, 2011, in the 2500 block of MacArthur, the day after Thanksgiving. Loleecia’s death prompted requests for lights along the street.

Pinehurst City officials, in the past have met with the Texas Department of Transportation, who is responsible for streetlights in that area, to discuss possibilities for improving visibility.

The State of Texas has accumulated the traffic totals on this stretch of state highway and determined the not high enough to warrant a traffic control device, according to previous articles published in The Orange Leader.

T.W. Permenter, then mayor of Pinehurst, requested that the Texas Department of Transportation do a study to determine if more traffic lights or streetlights were needed.

TxDOT determined there was not enough traffic turning from the side streets along the road to warrant traffic signals, according to minutes from the city of Pinehurst council meetings.

The survey also determined streetlights were not needed because of the lack of nighttime accidents. If the connecting cities installed streetlights, TxDOT would not bear the expense of installing or operating them.

Council Member District 1 Patrick Pullen said as an officer he responded to many fatalities on MacArthur Drive.

“I have had several meetings with TxDOT and the answer is the same. ‘We don’t have the money to do it.’ Also, they want to change the outside lanes to bicycle lanes,” Pullen said. “That is not the solution. Lighting the roadway is.”

“Request their assistance,” Pullen said. “Before there are more fatalities. There have already been enough.”

TxDOT maintains the road, lighting and signs along the road while the City of Orange Police Department responds to wrecks on that stretch of road.

“The squeaky wheel gets the grease,” Pullen said. “Let’s get squeaky.”