Op-Ed: THE IDLE AMERICAN- Many happy returns for the virtual birthday 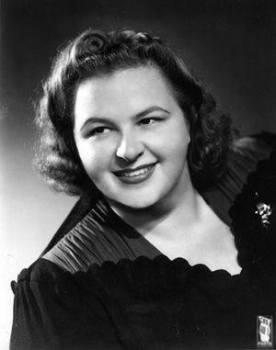 Kate Smith, Songbird of the South 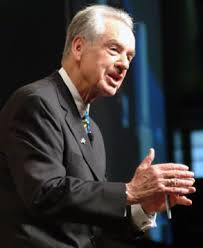 Uncle Mort isn’t his usual self. His 108th birthday is at hand, and he’s hung up on whether to have a “real” party, or join the growing list of folks who are “computer Zooming” to celebrate special occasions. (Printers are shaking their heads, turning out fancy invitations with the word “virtual” in big type.)

“Maybe I’d do well to throw a ‘virtual’ party,” Mort mused. “Most people would understand they aren’t expected to attend, but that sanitized gifts, gift cards or cash left near the cattle guard by the front gate would be appreciated.”

His is a dilemma of vast dimensions, and instead of “ballyhooing” his arrival at age 108 on July 4, he’s seriously considering wife Maude’s growing insistence that he forget about numerical birthdays. “I’d heap rather kinfolks think of Mort as an ‘ageless uncle,’ and friends who talk about ‘the old guy out in the country’ whose name they can’t recall.”

In a land mired in the “what ifs,” Uncle Mort is leaning toward “virtual.” After all, since he’s an imaginary person, maybe his take on things usually has “what if?” twangs.

Mort has warm memories of dozens of birthday parties where he received lots of presents, and even more “many happy returns” wishes.

The phrase stuck in his mind, so he researched its origin, learning that the expression has been tossed around at birthday parties–as well as a few other celebrations–for almost three centuries. It simply is an expression of hope that celebrants will have many more happy years to enjoy.

Mort’s mind swirled with memories of bygone days when his heroes enjoyed truly happy birthdays. Foremost was author/speaker/motivational king “Zig” Ziglar. Hundreds of friends and loved ones gathered for a fancy dinner and testimonials to mark the “59th anniversary of his 21st birthday” when he reached age 80. (He died at age 86 in 2012.)

“I’m glad we have his books and cassette tapes. It’s a treat to read Ziglar books while playing a 45 rpm record of Kate Smith singing ‘God Bless America’. We could use a good dose of his thoughts and her singing right now,” he added. (Smith died in 1979 at age 86.)

My uncle says he’s enjoyed “many mirthful days,” and fears that during quarantines, such times are more “girthful” than “mirthful.”

What to do? For most of this year, most Americans have been too close to food for too much of the day.

My friend Pat–whose good cheer through good times and bad provides anchors for thousands of others–insists on maintaining a “sunny side up” disposition. She even smiles broadly when “girthful” topics come up, including admission that she has “fluffed up” in quarantine.

“During April, I had no appetite,” she says. “I didn’t care to eat anything, and pounds seemed to melt away. But, things changed in May. I ate everything that wasn’t nailed down. The pounds have returned, and they brought their friends along.”

While on the subject of food, my uncle smiled the other day upon entering Stanley’s BBQ place in Tyler.

Masked personnel carefully escorted customers inside one at a time.

Even as they salivated at the thought of “chowing down” on the ‘cue, they tried to maintain social distance instructions by “remaining one cow length apart.”

Uncle Mort is as “befuddled” as the rest of us concerning COVID-19.  But he does have strong opinions, and they aren’t “virtual.”

He asks a reasonable question: “Are you telling me that my chances of survival are in direct proportion to others exercising common sense?”

He made this final observation: “If you believe all of this will end and we’ll soon get back to normal with the snap of a finger, raise your hand, then slap yourself in the face with it!” Let’s all wish Mort “many happy returns,” or as many more as he wants.