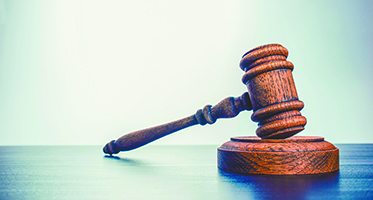 Oscar Dean Davis pleaded guilty on Feb. 4, 2020, to conspiracy to distribute and distribution of methamphetamine and was sentenced to 264 months in federal prison today by U.S. District Judge Rodney Gilstrap.

According to information presented in court, Davis was the leader of an illegal drug distribution network responsible for obtaining multiple-kilogram quantities of methamphetamine from a Mexican-based supplier and selling them throughout East Texas.  Davis admitted to acquiring large numbers of firearms, including pistols, rifles, and high-caliber weapons, and transporting them to the U.S.-Mexico border as a medium of exchange for methamphetamine.  Finally, Davis admitted to directing others to use money services businesses to wire transfer proceeds from methamphetamine sales to his supplier in Mexico.

Seventeen other individuals have previously pleaded guilty to their involvement in the drug and firearms trafficking organization. Stephanie Bennett Mata, 35, of Daingerfield, Gary O’Neal Gibson, 62, of Henderson, Felix Antonio Jaime, 37, of Mt. Pleasant, Charlie Jake Porter, 34, of Marietta, Tony King, 41, of Daingerfield, and Gerald Wayne Furlow, 55, of Hughes Springs, each pleaded guilty to possessing or conspiring to possess with the intent to distribute methamphetamine.  Raymond Danny Moore, 43, of Avinger, Jennifer Michelle Kirkham, 39, of Jena, Louisiana,  Donna Gail Sertuche, 53, of Hughes Springs, Jamie Nicole Browning, 40, of Gilmer, Joshua Nickie Soto, 35, of Leesville, Johnny Duayne Tucker, 52, of Hughes Springs, and James Drakeford Scholl, 41, of Naples, pleaded guilty to either unlawfully obtaining firearms from licensed dealers or transporting firearms to the U.S.-Mexico border in furtherance of the drug trafficking conspiracy.  Christina Felipe, 37 of Hughes Springs, Nohemi Aniceto, 39, of San Diego, California, Randall Dean Harper, Jr., 42, of Daingerfield, and Angelica Arreola, 28, of El Paso, have pleaded guilty to conduct including transferring or transporting money from the U.S. to Mexico.

This case is the result of a two-year joint investigation by the Organized Crime Drug Enforcement Task Force (OCDETF).  The principal mission of the OCDETF program is to identify, disrupt and dismantle the most serious drug trafficking, weapons trafficking and money laundering organizations, and those primarily responsible for the nation’s illegal drug supply.

Davis was indicted by a federal grand jury on Oct. 10, 2018 and charged with drug trafficking violations.

This case was investigated by the Federal Bureau of Investigation and the Bureau of Alcohol, Tobacco, Firearms and Explosives and prosecuted by Assistant U.S. Attorney Lucas Machicek.