Will there be a 2020 football season? We can try to “dream” with positivity 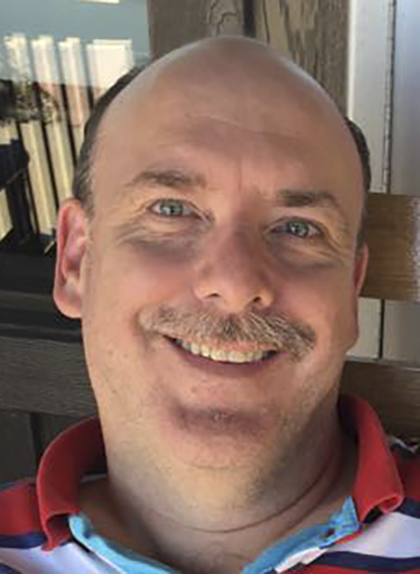 It is that time of year already when Texas high school football fans always think about the upcoming season.

We all know what makes it so special.

It goes well beyond the Xs and Os. It reflects the genuine love and passion that players, coaches and fans exhibit for the sport and for each other.

Fans wrap themselves around the local boys and what they accomplish on the gridiron. There are the great fight songs by the bands, the yells of the cheerleaders and the dancing of the drill teams.

Literally, high school stadiums are where the past, future and the present meet and have a super time.

However, this year could be different, and it is painful to even “ponder” what could happen during the dreaded COVID-19 pandemic.

The University Interscholastic League allowed athletes to go back to their campuses to work out June 8 with plenty of major restrictions, The UIL plans to lessen the restrictions even more starting Monday, June 22.

Unfortunately two Orange County schools have already been affected and had to call off their workout program for the time being.

West Orange-Stark is just past the middle of its two-week hiatus after a player tested positive.

Earlier this week, I visited Orangefield and the Bobcats were going at it and working hard. By the time I got back to our office an email was waiting on me saying that Orangefield had to shut down its workouts in taking precautions for the coronavirus. Let’s just say my heart sank.

It’s just crazy times and the state of Texas has definitely had a uptick in COVID-19 cases since opening so many things back up.

I don’t have a set views of all of the reopenings as I can see both sides of the spectrum. The old phrase “Dang if you do and Dang if you don’t”, definitely enters my brain on a daily basis.

I’m with the coaches, who believe they are just trying to do their absolute best to keep the kids safe and that they are meeting all of the regulations the UIL has set forth.

There are so many things that run through your head and the UIL has some big decisions to make very soon and I’m sure the UIL offices are waiting on what the state suggests as well, as we all are in so many aspects of life these days.

As of right now it is a “go” to play football, run cross country and play volleyball. What the crowds may look like is certainly unknown at this time.

There is so many hypotheticals floating around.

Let’s say when LC-M and WO-S play and a member of each team tests positive for COVID-19 the following Monday, does that mean the Bears and Mustangs would have to sit out their next two games? Going by current guidelines, that would seem to be the case.

If the COVID-19 is still in full force, I’m sure many coaches would rather see the non-district portion of the season erased than later on when district starts, even though it would be a kick in the gut for them and the players for sure.

What about the fans?

From what I understand, the NFL and NCAA have discussed models that have limited crowds to no crowds at all.

This could be an option for Texas high schools, but it definitely wouldn’t be received well overall by communities across the state.

Last season’s state championship games at the Cowboys’ AT&T Stadium in Arlington featured four consecutive days of triple-headers that had an average per-game attendance of 19,125. The Class 6A Division I title game, in which Galena Park North Shore beat Duncanville, drew 47,818.

Just think of the money the UIL could be losing.

There is the talk of exploring broadcast/live streaming all games at a greater level in the past.

The UIL would have to change its rules for that to happen. Current regulations state that football games on Fridays during the regular season may not be telecast or webcast live.

Sports is such an important fabric of who so many of us are, we need to continue playing for the mental, social and emotional aspects sports bring to the student’s overall well-being. With that being said, we have to be safe.

It would be tough without seeing our Bears, Mustangs, Cardinals and Bobcats. We all know how heartbreaking it was during the spring and all of those hard-working athletes, especially the seniors, lost their turn at the plate and in the blocks.

What would happen if we lost our fall sports now. We’re not just talking football, volleyball and cross country, we’re talking about bands, drill teams and cheerleaders and all that goes into it.

I just don’t want to sound selfish though with my sports fanaticism. The virus is real folks and it is going to be around for awhile.

We need to think about what is most important and that is the safety of everyone. It’s all about whether or not kids will even go back to school. School is a “green light” for now, but I have also heard so many stories about parents wanting their kids to go virtual again or even lean towards homeschooling.

School leaders definitely have great plans mapped up for the upcoming school calendar year in dealing with the virus. I saw the strain of going virtual on students, teachers, administrators and parents just during the two and a half months to end the last school year. I saw some parents really “age” just during that short of a time span.

Right now, I guess I can be a “Dreamer.” I’m thinking about some of my spots near the 50 in our area press boxes and I will keep dreaming until we’re told otherwise.

Mustangs ranked No. 3 in Texas Football 4A D-2…