Training a virtual eye on Texas’ estuary during COVID-19 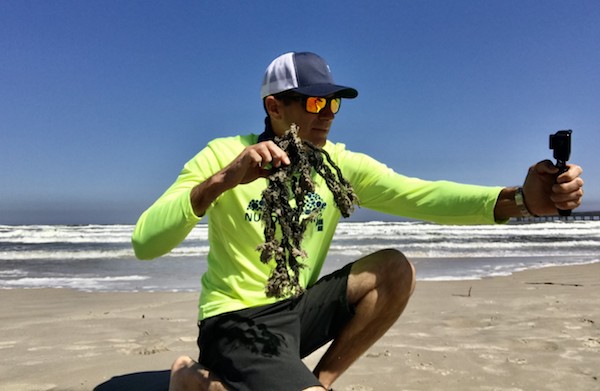 HOUSTON — When the coronavirus pandemic ended in-person activities at the estuary reserve in Texas, researchers buffed up their technology skills to keep students, educators and the general public engaged.

Jace Tunnell directs activities at the Mission-Aransas Reserve, located in the coastal bend of Texas. He says the COVID-19 shutdown put production of educational and how-to videos into high gear, to keep people involved virtually.

“Every day, we will post a different video — and so, we have beach combing on Mondays, where you can go out and feel like you’re at the beach and learn about what’s washing up, and how to do fish prints from in your own kitchen,” he explains.

The Mission-Aransas reserve is the third largest reserve in the country, the only one in Texas, and the only place in North America where rare, migratory whooping cranes winter. It typically attracts 30,000 visitors annually.

The National Estuarine Research Reserve System is a network of 29 sensitive coastal areas across 23 states and Puerto Rico, established by Congress in the 1970s to protect and study the country’s estuaries.

Tunnell says if COVID-19 had a silver lining, it would be introducing a broader approach to the estuary learning experience.

“And I think that it won’t be just local people can attend in person but people even outside the state will be able to see what we’re learning about and hopefully apply it to their area as well,” he states.

Mission-Aransas was established in 2006 to bring together scientists, landowners, policy makers and the public, to work on coastal management decisions.