Story Over A Cup: My dog, Bill, the recycler 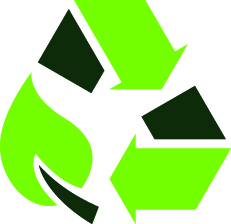 Bill is a peculiar dog.

I know I am bragging, but, Bill is one smart cookie. Not as smart as Roswell, but great at problem-solving.

And apparently a recycler as well.

Bill must have seen the movie The Graduate at one point because he loves plastic.

I want to say one word to you. Just one word.

But a 20-ounce plastic bottle that used to be the home to Diet Root Beer. Heck yes.

He will grab one out of the trash, take one from the counter, anywhere and go off happy and chew for hours.

Now, many would just write that off to dogs being dogs. But it is plastic that had another use. Buy him a plastic chew toy and he turns his snout up at it.

Let him find something that was already used for other purposes, and he is in high cotton.

So, I wonder if I got him recycled chew toys?

We have two fences. A new wooden one that is slowly enclosing the whole yard, and an older metal one that it has become a game to plug a place that Bill finds that he can get out of the fenced area and go roaming the neighborhood.

Now that I think about it, most of my articles are about Bill’s escapades of getting out of the yard.

I wonder if that counts as a full-time job?

Well, he finds a way out. I find a way to plug it.

Usually, that involves adding zip ties to the poles closest to where he got out.

That seems to have cut out all the unauthorized walks.

And that got me worried. So, I watched him. Sure enough, he was not dissuaded from escaping.

He just was looking for another way. And he figured eating the metal of the fence was that way.

This morning while they were outside, I saw him laying down on the ground close to the fence.

At first, I thought he was eating grass. Boy, was I wrong.

This little hellion was fast trying to either bend the metal on the fence. Or eat it.

For those of you that may not know, the metal fence is one of the five-foot tall fences ranchers use for horses and such. Not easy to bend or break.

But he had managed to bend several of them.

So here I am, either worried another escape is imminent, or proud he is into recycling.